They escaped persecution.
Crossing a dangerous ocean in tiny vessels - risking their lives.
They landed in an unknown land and had to fend for themselves.
They had to organize themselves and raise their own food and build their own shelters.
The first Thanksgiving was a celebration of their determination and self-reliance.
And what they began became the greatest nation and greatest economy in the history of the world.
If the OWS scum had landed here in 1620, then they'd have ended up dead by the first Spring. 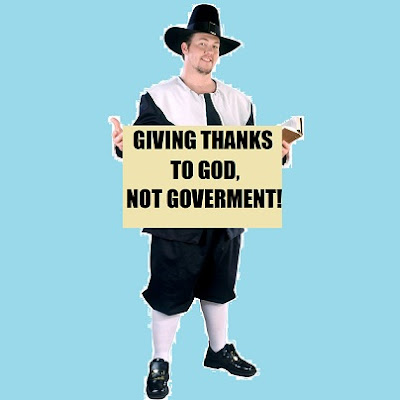 Reliapundit,
Stopping by to wish you a blessed Thanksgiving.

And thank you for all you do on the web.

luvya baby! all the best to you and yours!