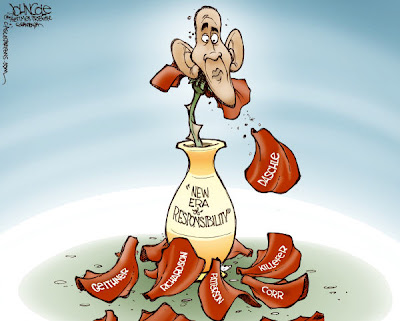 The December issue of GQ will hit the newsstands soon, so let's see if the rating makes it to the final hard copy.

In any case, this dissing is a huge contrast from this November 2008 and even November 2010.

On to 2012! May enough voters diss Obama at the ballot box to put an end to this sorry administration!
Posted by Always On Watch at 6:46 AM