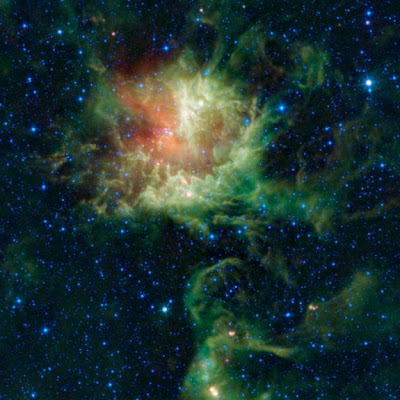 The Pacman nebula is a giant cloud of dust and gas located approximately 9,200 light-years away within our own Milky Way galaxy. It's official name is NGC 281, but the nebula earned a more popular nickname because of its resemblance to the character from the hugely popular Pac-Man video game that was first released in 1980.

When the nebula is viewed through visible-light telescopes, the large star-forming cloud appears to be chomping its way through the cosmos, NASA scientists said in a statement.

When seen in infrared light, however, the nebula takes on a different appearance, with a large set of lower teeth giving it a much more threatening look. The new image was taken by NASA's Wide-field Infrared Survey Explorer, or WISE, a sky-mapping observatory before it completed its mission in February 2011.

In the photo, the Pacman nebula's teeth are made up of pillars where new stars may be forming.

I GUESS THIS IS RORSCHACH TEST OF SORTS. 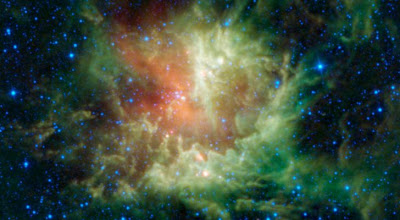 I DON'T SEE A PACMAN WITH TEETH. 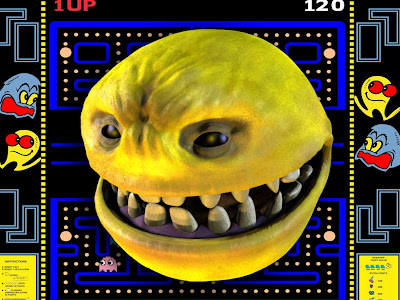 I SEE AN ADORATION OR ASCENSION - LIKE THOSE DEPICTED IN MURALS INSIDE DOMES: 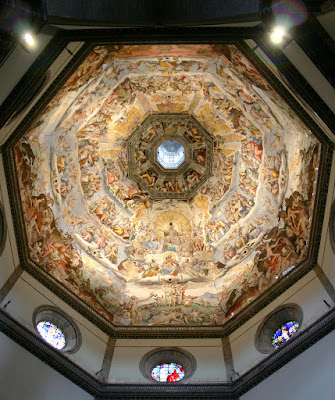 WHAT DO YOU SEE?

Posted by Reliapundit at 9:11 PM