UPDATED: Barry Soetoro must have some nasty pictures of Eddie Koch 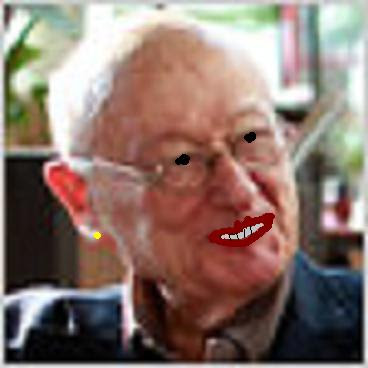 Barry must have some nasty pictures of Eddie - because that's how they play the game in Chicago:

Former Mayor Edward I. Koch, who recently used the forum of a special Congressional election to broadcast his criticism of President Obama’s Israel policy, announced in an e-mail on Tuesday that Mr. Obama’s United Nations speech opposing the Palestinians’ bid for statehood had satisfied all his concerns, and that he was now prepared to support Mr. Obama’s re-election.

Koch is wrong: Obama doesn't deserve the Jewish vote. Obama has set back the Middle East by decades and made Israel's enemies stronger by appeasing them for 3 years.

Jews shouldn't let Obama's election campaign rhetoric change that fact for them. they should oppose Obama 0 - and if they're Democrats then they should support a primary challenge by a Democrat who will support Israel more than they support Israel's enemies.

MORE PROOF EDDIE IS WRONG THAT OBAMA IS OKAY FOR ISRAEL:

TONIGHT, OBAMA CAME OUT AGAINST ISRAELIS BUILDING ANY MORE APARTMENTS IN JERUSALEM.

THE WAY THE NYTMES FRAMES THE STORY, ISRAEL IS PRESUMED NOT TO HAVE ANY CLAIM ON ANY LAND IT WON IN THE 1967 WAR - SOMETHING UNSCR 242 DOESN'T ARGUE. EXCERPT:

Israel announced plans on Tuesday for 1,100 new housing units in an area of South Jerusalem outside Israel’s pre-1967 boundaries. The move reflects Israel’s continued rejection of Palestinian demands for a halt in settlement construction as a condition for peace talks.

ISRAEL IS NOT EVER GOING TO GIVE BACK JERUSALEM - A CITY THAT WAS ONLY EVER DIVIDED FOR 18 OF ITS 3000 YEARS.

ANTI-ZIONISTS LIKE OBAMA AND ABBAS HAD BETTER GET THAT THROUGH THEIR THINK SKULLS.
Posted by Reliapundit at 6:30 PM