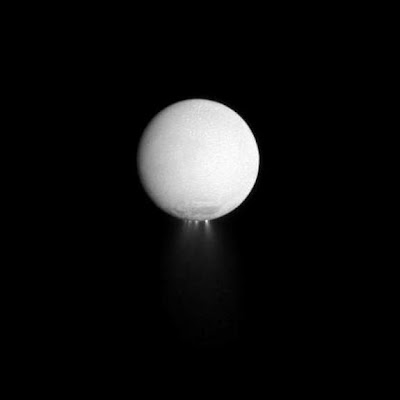 An icy moon around Saturn is showering rain water onto its home planet, creating a vast halo of water vapor around the ringed world, a new study finds.

The discovery means that Enceladus, Saturn's sixth-largest moon, is the only moon in the solar system known to influence the chemical composition of its parent planet, researchers said. It also solves a 14-year mystery that had scientists puzzled over the source of the water in Saturn's upper atmosphere.

THE UNIVERSE IS DIVINELY AWESOME.

AND OUR SPACE PROGRAM IS AWESOME TOO!

TOO BAD OBAMA IS BANKRUPTING THE USA SO WE WON;T BE ABLE TO DO STUFF LIKE THIS FOR MUCH LONGER.

This is incredible! Thanks for the info.