Reliapundit has always been astute about claims of human caused global warming. Since I have been blogging this subject at What's Up With That, I'm posting an excerpt here, as a nod to the realitor. 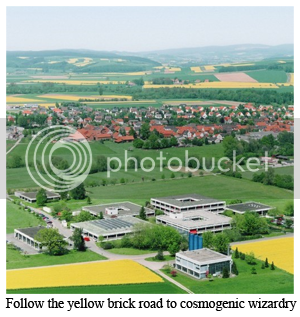 Solar physicist Sami Solanki and his colleagues at Germany's Max Planck Institute for Solar System Research helped pioneer the use of cosmogenic isotopes from ice cores to create a proxy record for solar activity going back hundreds and thousands of years. Together with a group led by Ilya Usoskin at University of Oulu in Finland, Solanki describes "grand maximum" levels of solar activity from 1920 to 2000, with the sun being especially active since the 1940's.

Comparing this solar record to temperature, these scientists find a strong correlation between solar activity and temperature persisting until quite recently. For example, over the period of the instrumental temperature record, a 2004 paper by Solanki and Krivova finds that the correlation is quite close, "however":

However, it is also clear that since about 1980, while the total solar radiation, its ultraviolet component, and the cosmic ray intensity all exhibit the 11-year solar periodicity, there has otherwise been no significant increase in their values. In contrast, the Earth has warmed up considerably within this time period. This means that the Sun is not the cause of the present global warming.

But does this conclusion follow? Their own evidence says that until 1980 the dominant driver of climate was solar activity (and their longer-term temperature-proxy comparisons say the same thing). So how can they assert that two decades of the highest solar activity on record can't be the cause of concurrent warming?

I suggested to Solanki and his colleagues that they must be implicitly assuming that by 1980 ocean temperatures had already equilibrated to whatever forcing effect the high level of solar activity was having. Otherwise warming would continue until equilibrium had been reached. Yet equilibration is never mentioned in any of their analyses.

Many thanks to Sami Solani and Manfred Schuessler for their important reply, finally making the implicit explicit. Here is the main part of their answer: