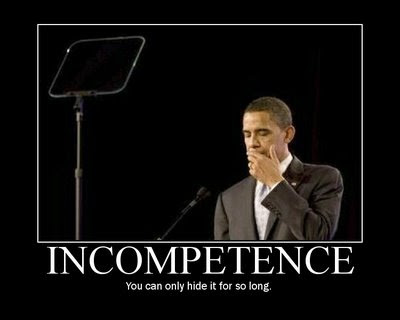 Obama doesn't really qualify as an orator, of course. He needs the technological version of Dean Martin's cue cards. Of course, Dino never pretended to be an orator.

From the Hindustan Times:

Obama to use teleprompter for Hindi speech

...Obama will make history for more than one reason during the Nov 6-9 visit. This will be the first time a teleprompter will be used in the nearly 100-feet high dome-shaped hall that has portraits of eminent national leaders adorning its walls.

Indian politicians are known for making impromptu long speeches and perhaps that is why some parliament officials, who did not wish to be named, sounded rather surprised with the idea of a teleprompter for Obama.

"We thought Obama is a trained orator and skilled in the art of mass address with his continuous eye contact," an official [said]...

I teach public speaking at the high school level and won't allow my students as much reliance on note cards as the President of the United States relies on the teleprompter's scroll.
Posted by Always On Watch at 6:05 AM

I am surprised his controllers haven't implanted a chip into his head(nearly said "brain" there!)

Surely that is more effective?

Juniper,
BHO does have a huge scar on one side of his head. I wonder how he got that scar.