WHY RAHM IS ENTITLED TO BE THE NEXT MAYOR OF CHICAGOLAND 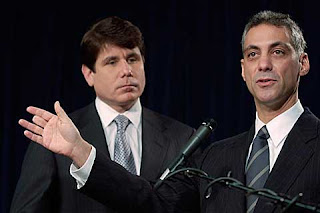 Here's why Rahm is ENTITLED to the job:

For 2 years, Rahm was Obama's chief of staff.

Before that, Rahm was a Congressman from Chicago. The Machine gave Rahm the seat that was formerly held by Rod Blogojevich who gave up the seat when the Chicago Machine made him Governor of Illinois. 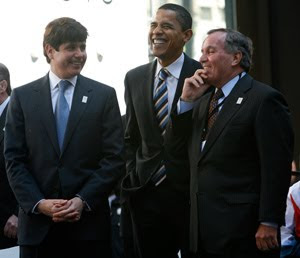 Despite the fact that he doesn't meet the residency requirements.

If elected, Rahm's Chicago will make Detroit look like the Elysian Fields.
Posted by Reliapundit at 10:11 PM

Hi, this is Jarrett Ray with the Ann Marie Buerkle for Congress campaign. Ann Marie is a conservative candidate whose opponent, Congressman Dan Maffei, is a down the line liberal who voted for Obamacare and the failed stimulus.


The NRCC just named her a “Young Gun” – the highest level in its candidate rating system - and a new poll shows her one point ahead of Maffei! http://www.politico.com/static/PPM152_101007_ny_exec_summary.html

Your blog has a direct line to important grassroots leaders in New York, and I wanted to ask you to grab a button for your blog to show your support. http://www.buerkleforcongress.com/index.php/support-of-ann-marie-buerkle-on-your-blog/


Thanks for all that you do, and please let me know if we can help.