UN: ISRAELIS NOT ALLOWED TO FIRE IN SELF DEFENSE

In a 56-page report (pdf), the UNHCR's three-member panel wrote that Israeli commandos had committed war crimes during their May 31 raid of the Turkish aid ship the MV Mavi Marmara that left nine Turkish, pro-Palestinian activists dead. Although Israel contends that its soldiers acted in self-defense, the council found that their response was “disproportionate” and that soldiers exercised an “unacceptable level of brutality.”

“There is clear evidence to support prosecutions of the following crimes within the terms of article 147 of the Fourth Geneva Convention: willful killing; torture or inhuman treatment; wilfully causing great suffering or serious injury to body or health,” wrote the report's authors.

The council also found that Israel’s blockade of Gaza is “unlawful” because of the humanitarian crisis, reports the BBC. 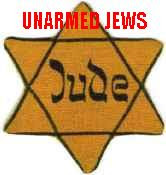 1 - THE PREMISE OF THE REPORT IS FALSE: THERE IS NO HUMANITARIAN CRISIS IN GAZA.

2 - FIRING BULLETS IN SELF-DEFENSE IS NOT EVER DISPROPORTIONATE: THE IDF USED NO FORCE LETHAL FORCE THAN A HOMEOWNER MIGHT WHEN FACED WITH AN INTRUDER.

THE UN IS A CESSPOOL OF JIHADISM AND SOCIALISM.

THE USA SHOULD WITHDRAW AND STOP FUNDING THIS USELESS ORGANIZATION.

CHECK THAT: IT ISN'T USELESS; IT IS USEFUL - TO OUR ENEMIES!

Ayalon reportedly made the comments while in New York for the yearly meeting of the UN General Assembly.

Ayalon stated that Israel did not cooperate with the UNHRC probe into the flotilla because the conclusions of the investigation were predetermined and that the report establishes the UNHRC as an irrelevant body.

Foreign Minister Avigdor Lieberman on Thursday instructed Israeli embassies around the world to begin a widespread campaign to disprove the UNHRC report.

Posted by Reliapundit at 9:17 AM

I heard it on the midnight news, made me feel like throwing up! United Nazis!