THERE HASN'T BEEN A STEEP INCREASE IN TEMPERATURES THAT IS OUTSIDE PAST FLUCTUATIONS: 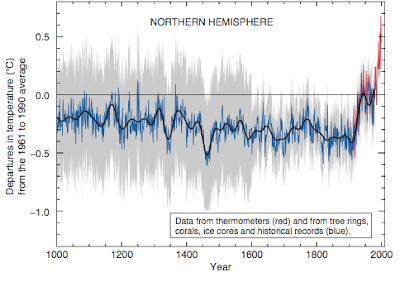 ... we conclude unequivocally that the evidence for a ”long-handled” hockey stick (where the shaft of the hockey stick extends to the year 1000 AD) is lacking in the data. The fundamental problem is that there is a limited amount of proxy data which dates back to 1000 AD; what is available is weakly predictive of global annual temperature. 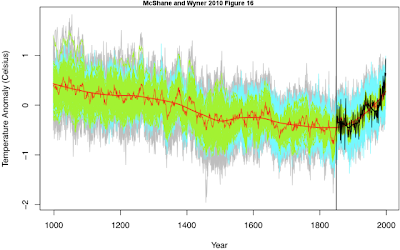 Our backcasting methods, which track quite closely the methods applied most recently in Mann (2008) to the same data, are unable to catch the sharp run up in temperatures recorded in the 1990s, even in-sample.