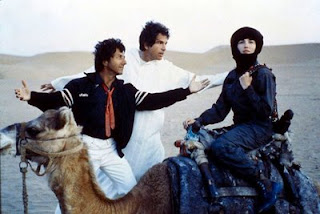 WILL SEX AND THE CITY 2 BE A DISTAFF ISHTAR (1987; BEATTY, HOFFMAN AND ADJANI ABOVE)? 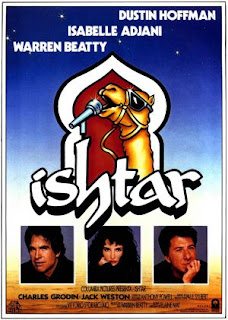 LIKE ISHTAR ("The film was a notorious failure at the box office and received horrible reviews."), IT TAKES PLACE IN THE MUSLIM WORLD - AND DEPICTS THINGS THAT COULD NOT ONLY NEVER HAPPEN IN ARABIA, BUT CAN'T EVEN BE SHOWN THERE IN A MOVIE! 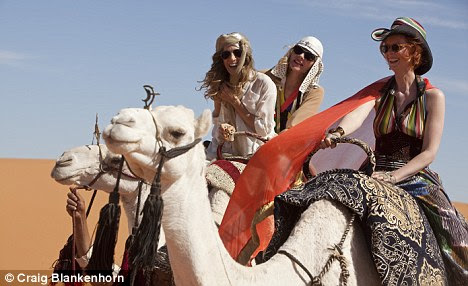 Apparently, it's NO ISHTAR: THR says it will be a smash.

I don't think the film-making is better; I think the taste of the public is declining.
Posted by Reliapundit at 6:57 PM

Not only can it not be shown in the Arab world, RP, but Sex In The City WASN'T EVEN FILMED IN THE ARAB WORLD.

It was filmed in Morocco, because the UAE would not allow filming in their country.

Just knowing how Hollywood works, I'm pretty sure the movie was financed by some oil-rich Abu Dhabi motherfucker, but I have not found confirmation on that yet.