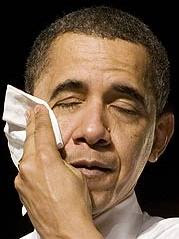 One of the reasons Obama did so very well throughout the entire 2 year campaign was that he projected warmth, intelligence, and humor and compassion and had great CHARISMA.

NONE OF THAT HAS BEEN ON DISPLAY SINCE HE TOOK THE OATH OF OFFICE.

I didn't fall for his charm, but a majority of Americans did.

Since then, his charms have completely worn off.

In fact, Obama has a charm deficit!

This glaring deficit couldn't be more damaging to the nation than in the economic sphere. 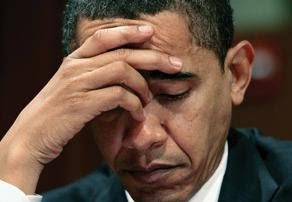 As "national cheerleader" Obama has been a total complete miserable failure.

Obama's global apology tour, his attacks on Rush and the GOP, and his monotonous OBAMACARE campaign have squandered the good will people had for this tall handsome man with the warm smile and calming baritone.

ECONOMIC CONFIDENCE IS VERY LOW, AND THIS IS HURTING THE RECOVERY:

A separate report on Friday highlighted the timidity of the American consumer. The University of Michigan’s barometer of sentiment fell to 72.5 in the first part of the month, far below the historical average of 86.5 and pre-recession levels of 78.4.

AS LONG AS THIS NUMBER IS LOW, THE RECOVERY WILL BE MEAGER. 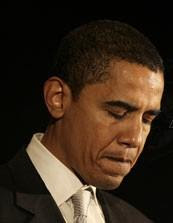 THIS NUMBER - AND NOT THE NUMBER OF PEOPLE WITHOUT HEALTH INSURANCE - IS THE KEY NUMBER FOR OUR NATION RIGHT NOW.

OUR PRESIDENT OUGHT TO FOCUSING ON THIS, AND NOT OBAMACARE.

Bill Clinton took office during a recession. And - unlike Obama 0 he was able to inspire confidence: he jogged; he ate at McDonald's; he knew NAFTA was good for the US; he felt our pain and gave his supporters the feeling he was doing whatever could be done to get the economy going again.

Obama has done nothing to build our confidence in our nation - or in him.

And actually, this is where I'd have predicted - based on his ability to inspire confidence during the two year campaign - he'd have been doing the best right now.

I think it's too late for him to change the public's feelings about him. The independents feel burnt, and they will not let themselves be fooled by him again. 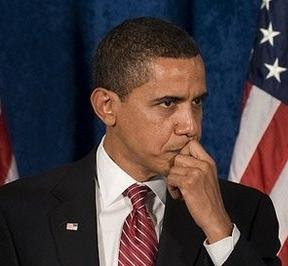 Only if the economy rebounds soon and we get Osama or Zawahiri does Obama have a chance.

Though capturing or killing them is possible - and even though this is more likely now than a year ago, it is still not likely to happen before Labor day.

So Obama and the Democrats had better pray for a strong rebound of the economy.

The ironic thing is the very policies they are promoting make it less likely.