PEAK OIL - THE AGW OF GEOLOGY

PEAK OIL IS FOR DUMMIES from Al Fin:

Peak Oil Doom is all about the massive devastating crash of the world economy that occurs, shortly after world crude oil production "peaks." The movement has collected a lot of adherents over the years, and several websites are dedicated to perpetuating the pornographic pleasure that peak oil doomers experience when contemplating the world after peak oil. 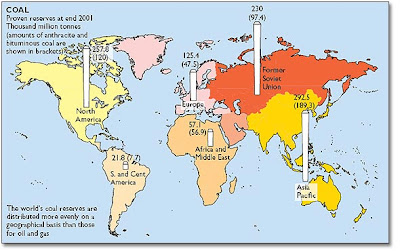 There is a serious problem with peak oil theory. It tends to ignore other forms of energy besides crude oil, which can be substituted for crude. Taking all the potential substitutes for crude oil into account tends to change the picture significantly.

From shale gas in North America to big new discoveries off the coasts of Venezuela and Israel, the recent appraisal of a huge Turkmen gasfield, new Australasian, Russian and Yemeni liquefied natural gas (LNG) projects and initiatives to reduce gas flaring in Nigeria, Russia and Iraq, it has never been clearer that the world is floating on a party balloon of gas.

Ironically, the more geologists search for oil, the more they usually find gas.

Consequently, gas prices have fallen in markets where the commodity trades freely.

Not so long ago, gas produced from oilfields was considered a nuisance, and it was burned as waste.

Now gas is a valued commodity for heating, power generation, the production of petrochemicals and fertiliser, for pushing more oil out of the ground, and even for conversion into synthetic crude oil and for use in some diesel engines.

Important new crude oil discoveries are being made on the continent and continental shelves of North America. But North America with its massive coal reserves, its trillions of barrels of oil sands bitumens and oil shale kerogens, and its massive new finds of natural gas, is in an excellent position to substitute "home grown" fuels for imported crude oil, if necessary. 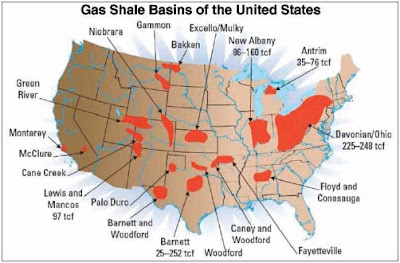 There is of course another kind of oil -- bio-oils. Bio-oils from microbes are the next big liquid fuels revolution (after CTL coal-to-liquids, GTL gas-to-liquids, and BTL biomass-to-liquids). It will take 10 to 20 years for microbe-produced oils to begin hitting the market ... BTL, CTL, and GTL will hit the markets much sooner.

Peak Oil Doom is the twin of Climate Catastrophe Doom. The two movements conveniently dovetail, since Peak Oil Doom uses Climate Catastrophe Doom in an attempt to deny the use of coal, gas, kerogens, bitumens, heavy oils, and even regular crude. These faux environmental political movements are oriented around the hobbling of the industrial base of the western world. It is simply a matter of the consolidation of political power through energy starvation and a general economic hardship.

Al Fin, rightly, discusses the use of other types of fuel to "replace" Crude Oil. One future source of energy he did not mention is Synthetic Bio-Fuels, which are being worked on at the Venter Institute in Rockville, Maryland:

In 2003, JCVI researchers created a synthetic version of the bacteriophage, PhiX 174, and recently they successfully transformed one species of bacteria to another by genome transplantation. As they progress on their goal of synthetic life, they are ever mindful of the societal implications of this work.

Since 1995, Dr. Venter and his teams have been trying to develop a minimal cell both to understand the fundamentals of biology and to begin the process of building a new cell and organism with optimized functions. Our scientists (with funding from the company, Synthetic Genomics Inc. and the U.S. Department of Energy) are focused on developing synthetic organisms able to produce various kinds of biological products and renewable fuels. Over the last years the team has been making steady progress toward their goal of a synthetic organism.

But, in the meanwhile, we are far from running out of Crude. In fact, as we have reported here previously, the United States FOUR TIME MORE OIL THAN SAUDI ARABIA, just in Colorado, Montana, and the Dakotas.

Additionally, it has been proven that oil is a natural by-product of the Earth's dynamic geology and it's constantly being replenished and it's not a fossil fuel.

Those two facts destroy peak oil theory, in and of themselves.

Posted by Pastorius at 6:27 PM