FEARS OVER DUBAI CAUSE GLOBAL MARKETS TO DROP 3% 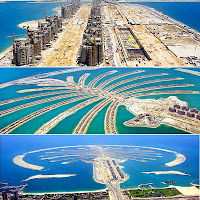 World stock markets tumbled Thursday after the Dubai government's flagship investment company sought a six-month reprieve on its debt payments and the U.S. dollar continued its slide against other global currencies.

Wall Street was closed for the Thanksgiving holiday and most markets in the Middle East were silent because of a major Islamic feast. But in Europe, the FTSE 100, Germany's DAX and the CAC-40 in France all tumbled more than 3 percent. Earlier in Asia, the Shanghai index sank 3.6 percent, in its biggest one-day fall since August. 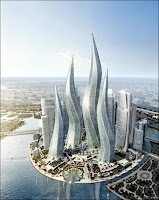 The slide spread to Asia on Friday, as Japan's benchmark Nikkei 225 index fell more than 2 percent in early trading.

Investors were rattled by a statement Wednesday from Dubai World that it would ask creditors for a "standstill" on paying back its $60 billion debt until at least May, a move that raised question's about the Persian Gulf state's reputation as a magnet for international investment. The company's real estate arm, Nakheel shoulders the bulk of money due to banks, investment houses and outside development contractors.

But its ruler, Sheikh Mohammed bin Rashid Al-Maktoum, had continually dismissed concerns over the city-state's liquidity and claims it overreached during the good times.

When asked about the debt, he confidently assured reporters in a rare meeting two months ago that "we are all right" and "we are not worried," leaving details of a recovery plan -- if such a plan exists -- to everyone's guess. 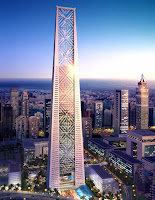 THE OBAMA DOLLAR TANKED AND GOLD WENT UP.

ANYBODY WHO HAS SEEN THE SKYLINE OF DUBAI KNOWS THEY BORROWED/SPENT WAY TOO MUCH MONEY...

THE BBC HAS COLLECTED A LOT OF ANECDOTL INFO/INTERVIEWS WITH PEOPLE IN DUBAI - EXCERPT:

Dubai residents describe the changes the worsening economic situation has brought and discuss the future of the state.

This news doesn't come as a surprise to anyone here, although the government has kept quiet on the subject and people don't discuss it.

We've been concerned about the situation for quite some time. Since July we've had two increases in our electricity bills. Our monthly bill was £15,000, now it is nearly £30,000. That is a massive industrial price hike and it's totally unjustified in this oil-rich country.

Everyone is aware of the situation, but people don't dare talk openly about it. Everyone is worried.

"I am quite pessimistic. I don't think it will get better soon, it will take at least five years for the economy to recover"

The property market has crashed - we weren't involved in property, but many people did get involved and many people left overnight. If you go to the airport you'll see many abandoned cars.

I myself know a few people who are no longer around. It makes you wonder where did these people go.

The personal debt situation is very worrying. Leaving the country is the obvious solution for the foreigners - there are no loyalties, no families to stick around for, so people leave overnight.

I am quite pessimistic. I don't think it will get better soon, it will take at least five years for the economy to recover. Everyone is affected - the banks, the economy, the industry, individuals.

I think this will be the end of the Dubai dream.