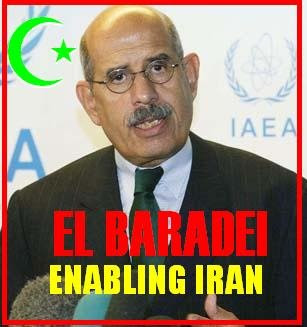 The director of the United Nations nuclear watchdog warned Thursday that its investigation into Iran’s nuclear program had “effectively reached dead end” after more than a year of stonewalling by Tehran.

Mohamed ElBaradei, the departing director of the International Atomic Energy Agency, issued an unusually direct rebuke of Iran’s intransigence in a speech in Vienna, saying that it had been more than a year since Iran had answered questions about the extent of its nuclear ambitions, including suspicions that it is pursuing nuclear weapons.

“It is now well over a year since the agency was last able to engage Iran in discussions about these outstanding issues,” Dr. ElBaradei said in remarks to the nuclear agency’s governors. “We have effectively reached a dead end, unless Iran engages fully with us.”

... Dr. ElBaradei’s remarks, which come just days before he steps down as head of the nuclear agency, seem to reflect his frustration with Tehran’s failure to respond to his low-key approach to negotiations. In recent weeks, talks with Iran about the draft nuclear agreement have devolved into a back-and-forth of defiant statements from Iranian officials and admonishments from Western leaders, with no sign of an agreement in sight.

Dr. ElBaradei also seemed to offer a veiled dig at powers like the United States for refusing to share their intelligence on Iran’s nuclear program, for fear of compromising intelligence or displaying all their cards to the Iranian government.

“It would help if we were able to share with Iran more of the material that is at the center of these concerns,” Dr. ElBaradei said.

EL BARADEI WAS TOTALLY INEFFECTIVE; HE A 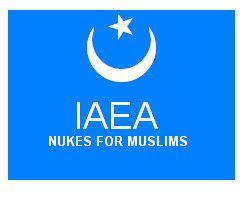 IDED AN ABETTED IRAN'S STONEWALLING - EITHER BECAUSE HE IS A DUPE, OR HE WANTS THEM TO BECOME NUCLEAR-ARMED.

EL BARADEI - LIKE OBAMA - IS A WINNER OF THE NOBEL PEACE PRIZE.

BOTH OF THEM SUCK BIGTIME AND HAVE HURT THE WEST AND AIDED IRAN.

OBAMA COULD HAVE AIDED THE REBELLION IN IRAN BUT CHOSE TO SUCK UP TO AHMADINEJAD.

AS LONG AS PEOPLE LIKE OBAMA AND EL BARADEI ARE THE DECISION-MAKERS THE ENTIRE WEST IS IN PERIL.
Posted by Reliapundit at 2:06 PM