THE UTTER LACK OF DEMOCRACY IN NYC AND WHAT CAN BE DONE ABOUT IT: A CALL TO BOYCOTT THE ELECTION! 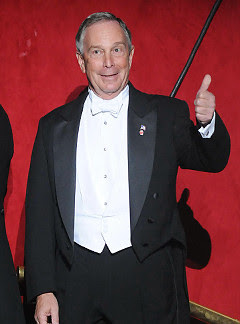 But Billionaire egomaniac and nannystater Michael Bloomberg wanted to run again, so A FEDERAL JUDGE and the UTTERLY CORRUPT NY State legislature let him:

A federal appeals court gave New York Mayor Michael Bloomberg a fresh legal victory in his effort to seek a third term by ruling in his favor on Tuesday on the issue of term limits.

The U.S. Second Circuit Court of Appeals upheld a lower court decision that found the New York City Council had the legal right to extend term limits for itself and for the mayor.

In November, Bloomberg signed a law increasing the term limit for elected officials to three 4-year terms from two, overturning two public referendums, held in 1993 and 1996, that imposed the two-term limit.

Bloomberg, a former Wall Street trader and self-made billionaire who was elected mayor in 2001 and in 2005, has said the extraordinary financial crisis facing the city requires a person of his experience in office.

A group of elected officials and voters had filed suit in Brooklyn federal court to stop Bloomberg, saying the new law denied voters "meaningful participation in the political process."

Bloomberg still faces potential obstacles if a legislator gets a bill passed that might prevent the mayor from running again.

(THE JUDGE WHO DECIDED IN BLOOMBERG'S FAVOR WAS - AHEM - A JIMMY CARTER APPOINTEE! NATCH!)

Bloomie's MONEY scared away all other REAL contestants.

He will be opposed by Democrat Liberal Machine member William Thompson who is presently the city's comptroller and was previously the prez of the NYC Board of Ed - when the schools were HORRIFIC.

Thompson "WON" the nomination in the Democrat Primary in which the turnout was PATHETIC - NYTIMES:

A Primary Turnout So Low It May Be a Modern Record

Despite pleasant weather and the efforts of candidates who crisscrossed the city for weeks, just 11 percent of enrolled Democrats went to the polls.

Despite the UTTERLY WEAK competition, Bloomie has already spent $65 MILLION, AND WILL UNDOUBTEDLY BE RETURNED TO THE OFFICE HIS EGO CRAVES.

THERE WAS NO REAL PRIMARY CONTEST ...

MOST NY'ERS DIDN'T EVEN BOTHER TO VOTE IN THE PRIMARY... 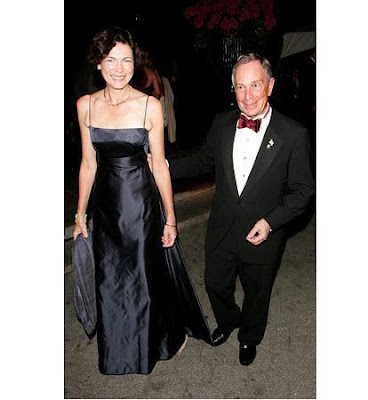 AND MOST NY'ERS DON'T WANT TO HAVE THE SAME PERSON BE MAYOR FOR MORE THAN 8 YEARS.

YET BLOOMBERG WILL BECOME MAYOR AGAIN.

This is fundamentally UNDEMOCRATIC.

Bloomberg no more represents the majority of NY'ers than he does TIMBUKTU!

For democracy to return to NYC, NYC needs a voter REBELLION.

SINCE WE CAN'T VOTE "NONE OF THE ABOVE: I SUGGEST WE ALL BOYCOTT THE ELECTION.

Bloomberg will probably end up spending $85 MILLION to be reelected - breaking his own record for spending in a local election.

LET'S MAKE SURE BLOOMBERG'S VOTES/$ RATIO IS EVEN MORE OBSCENE!

DON'T VOTE NY'ERS: IT ONLY ENCOURAGES THEM!
Posted by Reliapundit at 12:05 PM