AMERICA'S DESCENT INTO DEPRAVITY CONTINUES: PATRIOT RUSH IS OUT, BUT FERGIE IS OKAY WITH THE NFL - AND ALSO AVON 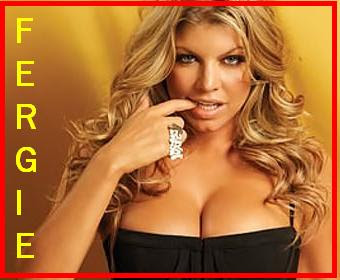 So, Rush is unacceptable but a person that sings THESE lyrics are okay? Waiting for NOW to protest in 3..2..1.. (Yeah, I know)

AP - Fergie may soon be on the Miami Dolphins' bandwagon as a limited partner.

NFL owners meeting in Boston this week approved the Black Eyed Peas singer as a part owner, but the team has yet to complete an agreement with her, Dolphins chief executive officer Mike Dee said in an e-mail Tuesday.

Fergie and the Black Eyed Peas already have a marketing partnership with the Dolphins. She wears a pink Dolphins jersey in a campaign this month for breast cancer awareness.

Team owner Stephen Ross has brought six other celebrities into the fold this year. The first partnership was with singer Jimmy Buffett. Musicians Gloria and Emilio Estefan and Marc Anthony and tennis stars Serena and Venus Williams subsequently bought small shares of the team.

HERE ARE THE LYRICS BY FERGIE:

Verse 3: Oh my god!
That was refreshing.
I am a slut. And I am off to my next destination...
A KING SIZED BED!
Keep on plea-sur-ing, Yea plea-sur-ing,
Nice plea-sur-ing!

It is all about sex!

APPARENTLY AVON THINKS THIS IS A GOOD PERSON TO DO A FRAGRANCE WITH:

Avon calls on singer Fergie for new fragrance Black Eyed Peas singer Fergie is working with Avon Products Inc to develop a perfume that will debut next year.

The singer will be "intimately involved" in developing the fragrance, packaging, name and campaign, according to Avon, the world's largest direct seller of cosmetics.

Fergie's partnership with the company will kick off this month, when she performs at the Avon Foundation for Women Annual Gala Event in New York on Oct. 27.

I THINK THE NFL AND AVON MIGHT AS TEAM UP WITH MACKENZIE PHILLIPS AND KEVIN JENNINGS!

IF YOU DISLIKE WHAT THE NFL AND AVON ARE DOING, THEN STOP BUYING THEIR PRODUCTS.

(WATCH THE GAMES IF YOU MUST, BUT BOYCOTT PRODUCTS ENDORSED BY THE NFL AND THEIR PLAYERS!)

Posted by Reliapundit at 9:48 PM