TO DOMINATE THE DEMOCRATS IN 2010, THE GOP MUST WIN OVER MORE BLACKS, HISPANICS AND MORE OF THE YOUTH VOTE 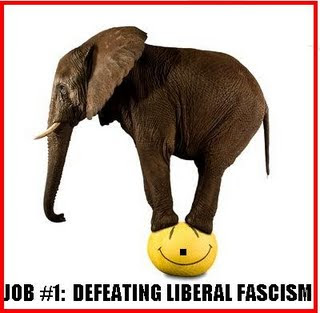 Each week Gallup publishes a breakdown of its presidential job approval rating, broken down by demographic groups. Here's the latest one, released yesterday.

If you're a political independent, you don't approve of Obama, either; he's at 46 percent with that group. Same if you go to church weekly; Obama's rating among regular churchgoers is at 45 percent. So from Gallup, these are the groups among whom Obama is at 50 percent or below:

Those are Obama's weak spots. But what about his strong points? Among the groups in which he has an approval rating of 60 percent or higher are people age 18-29, at 63 percent; unmarried people, at 63 percent; blacks, at 92 percent; Hispanics, at 69 percent; other non-whites, at 73 percent; people with graduate study beyond a college degree, 60 percent; and people who make less than $2,000 a month, at 64 percent. Here's the list:

THESE RESULTS HOW EXACTLY WHERE THE GOP MUST IMPROVE.

I HAVE ALSO BEEN PUSHING FOR THE GOP TO PROMOTE A "NEW URBAN AGENDA" FOR 5 YEARS.

Posted by Reliapundit at 7:30 PM

You are right, we have some convincing to do. However, we're going to win big in 2010 simply by retaking conservative districts, there are 4 or 5 wacko dems in conservative strongholds in NY. They don't have a chance in getting reelected.

GOOD. BUT THE GOP NEEDS TO BUILD A BIGGER PARTY BASED ON POSITIVES.

Here's the issue that will clench it: immigration. Yes, it will drive away some Hispanics, but legal immigrants find illegal immigration to be an enormous affront to their struggle. It also gets blacks on board, because blacks lose the most jobs to illegal immigrants. I have personally swayed a couple of young blacks over to our side with this issue. That was where Bush messed up. Only his staunch enemies were in favor of his amnesty bill in 2007.

And stress social issues, because blacks and Hispanics tend to be socially conservative. Maybe throw Linda Chavez on the ticket or appoint her to another high office. I love that chick. Make Thomas Sowell Secretary of the Treasury.

Obama may win this for us. We just can't let the liberal media decide who our candidates will be. We need HAWKS. No more compassionate conservatism. We need someone like Mitch Daniels, who will cut and privatize the government, then move on to eliminating unconstitutional laws.