THE OBAMA/AXELROD/RAHM AMATEUR HOUR CONTINUES: LESS THAN HALF OF OBAMA APPOINTEES ARE IN PLACE

As President Obama tries to turn around a summer of setbacks, he finds himself still playing without most of his own team. Seven months into his presidency, fewer than half of his top appointees are in place advancing his agenda.

Of more than 500 senior policymaking positions requiring Senate confirmation, just 43 percent have been filled so far — a reflection of a White House that grew more cautious after several nominations blew up last spring, a Senate that is intensively investigating nominees and a legislative agenda that has consumed both.

The sluggish pace has kept Mr. Obama from having his own people enacting programs central to his mission.

He is spending more money on transportation than anyone since Dwight D. Eisenhower but does not have his own inspector general watching how the dollars are used.

He is fighting two wars but does not have an Army secretary. 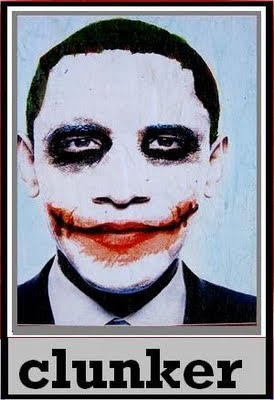 WORST PRESIDENT EVER - IN RECORD TIME!

EVEN SCOOPED MEMEORANDUM - THIS ACTUALLY HAPPENS A LOT, AND BECAUSE I BEAT THEM I GET FEWER LINKS.

AND I SCOOPED HOT AIR, TOO. ALLAHPUNDIT USED THE EXACT PARAGRPAH I USED.

FUNNY: I SENT HIM AND GLENN THE POST RIGHT AFTER I PUT IT UP... HMMM...
Posted by Reliapundit at 6:10 PM

Awesome article, definitely liked the info provided. Just subscribed to your blog. Great stuff! . I am new to seo, trying to visit more seo blogs for guides and tips. You can be friends with me. Please come visit my site Glendale Yellow Page Business Directory when you got time. Thanks.

I wanted to thank you for this great read!! I definitely enjoying every little bit of it :) I have you bookmarked to check out new stuff you post. Please visit my Please visit my blog when you have time Please come visit my site Kansas City Yellow Page Business Directory when you got time.

Why is he lacking all these cabinent people. He has certainly had enough time to appoint plenty of Czars.

it takes time to pick the very best, if he had just rushed and grabbed anyone you'd be here crying about that. it seems that's all you can do, ignore the abuses and constitutional violations of our last president, and concentrate upon figments of your imagination and stupid nonsense with our new president, you really are an idiot.