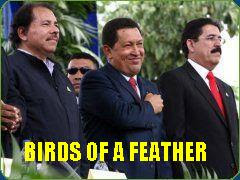 ... The Honduran military acted entirely within the bounds of the Constitution. The military gained nothing but the respect of the nation by its actions.

... Sometimes, the whole world prefers a lie to the truth. The White House, the United Nations, the Organization of American States, and much of the media have condemned the ouster of Honduran President Manuel Zelaya this past weekend as a coup d'état.

In fact, what happened here is nothing short of the triumph of the rule of law.

... Under our Constitution, what happened in Honduras this past Sunday?

Soldiers arrested and sent out of the country a Honduran citizen who, the day before, through his own actions had stripped himself of the presidency.

... These are the facts:
Our Constitution takes such intent seriously.

"No citizen who has already served as head of the Executive Branch can be President or Vice-President. Whoever violates this law or proposes its reform [emphasis added], as well as those that support such violation directly or indirectly, will immediately cease in their functions and will be unable to hold any public office for a period of 10 years."

Notice that the article speaks about intent and that it also says "immediately" – as in "instant," as in "no trial required," as in "no impeachment needed."

The Honduran military acted entirely within the bounds of the Constitution. The military gained nothing but the respect of the nation by its actions.

I am extremely proud of my compatriots. Finally, we have decided to stand up and become a country of laws, not men. From now on, here in Honduras, no one will be above the law. 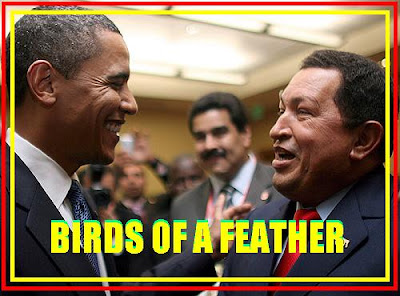 OBAMA AND HIS COMRADES AREN'T DUMB;

THEY KNOW ALL THE ABOVE,

BUT ACTED TO DEFEND ZELAYA ANYWAY -

THEY ARE LEFTISTS WHOSE DESIRE TO REDISTRIBUTE PROPERTY

IS GREATER THAN THEIR RESPECT FOR THE LAW.

UPDATE: 3 HOURS LATER AND INSTAPUNDIT POSTS A LINK.
Posted by Reliapundit at 7:28 AM

Well done, Mr. Sanchez. I sincerely hope our government recognizes their error and stands behind your patriots. Rule of law seems to be the exception in Latin America. Honduras could teach a less here, if the U.S. government will pay attention.