Two Pakistani brothers were being held in custody in Belgium on murder charges, a magistrate said in Brussels yesterday, on suspicion that they carried out an honour killing.

Hammad Raza Syed and his brother Hassan were charged with “deprivation of liberty and murder” over the death of Hammad’s wife Claudi Lalembaidje, a 32-year-old Belgian woman of Chadian origin.

The woman’s beaten body was found on June 29 in a suitcase in a canal in northern France. A funeral service was held for her in Brussels yesterday.

The magistrate said the two men had denied the killing, and that a third brother was believed to have fled Belgium, possibly to Pakistan, and was the subject of an international arrest warrant.

The dead woman was in the process of divorcing Syed. Her family claimed he had beaten her and wanted to control what she wore and how she conducted her life. She went to police twice insisting he had tried to strangle her.

Jordanian man stabs sister to death in 'honour killing' A 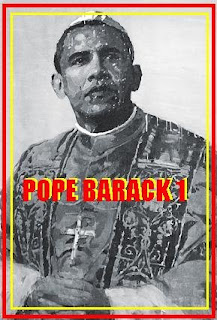 Jordanian man stabbed his sister to death with a dagger in an "honour killing" because of rumours she was dating a man, a police official said yesterday. The 24-year-old farmer, who turned himself in and confessed to the killing, was charged with murder, the official said. An autopsy showed the victim, who was 27 years old, was four weeks pregnant, he said, speaking on condition of anonymity because he was not authorised to speak to journalists. The man said in his confession that he killed his sister because he heard rumours she was dating a man, the official said.

IF ISLAM IS A RELIGION OF PEACE, THEN BARACK HUSSEIN OBAMA JUNIOR IS THE POPE.

UPDATE: MORE FROM THE RELIGION OF BEATING YOUR WIFE.
Posted by Reliapundit at 10:09 AM