Commander of Israel's northern front General Alon Friedman said Saturday the Lebanese Hezbollah party was carrying out a wide-scale armament operation, in a way that would make its arsenal larger than it was before the Israeli war three years ago.

Friedman said in remarks to the Israeli radio that Hezbollah "suffered huge losses" during the 33-day war in the summer of 2006.

This war, he claimed, hit hard the theory of Hezbollah that it could engage in a battle with Israel and win.

Friedman said the 2006 war saw important success to the Israeli army which regained its deterrence. 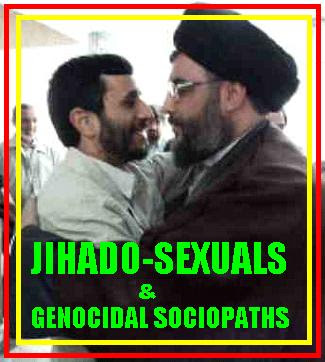 IRAN NEEDS A BIG DIVERSION, AND THEIR HIZBALLAH JIHADO-STOOGES WILL TRY TO DELIVER.

HIZBALLAH CAN;T REARM WITHOUT IRAN AND SYRINA - AND RUSSIA.

WE SHOULD BE DOING MORE TO OPPSE THEM ALL.

OBAMA IS DOING THE OPPOSITE.

OBAMA MIGHT AS WELL BE ON THE OTHER SIDE.
Posted by Reliapundit at 7:20 PM