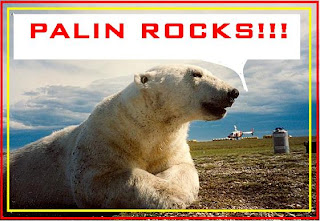 Polar bear encounters on the North Slope oil fields have risen to record levels the last two years, a sign that increasing numbers of the white giants may be prowling on land because the sea ice they prefer is shrinking, scientists said.

Oil field sightings along the southern Beaufort Sea coast jumped to 321 in 2007 and 313 in 2008, said Craig Perham, a U.S. Fish and Wildlife Service biologist in Anchorage.

Oil companies are legally required to report a polar bear encounter to Fish and Wildlife that involves any change in the animal’s behavior, even if the bear simply lifts its head to sniff the air, Perham said.

The measure is designed to protect polar bears and humans by providing information on the bears’ whereabouts and behavior.

Increased sightings might also be up because new exploration work has taken place on the near-coast areas where polar bears are usually found, he said.

For example, ships doing seismic exploration in the Beaufort Sea have waited out storms on barrier islands those years, giving workers the chance to spot polar bears numerous times, sometimes the same animal.

Perham hasn’t “teased out” the data to find out exactly what it means, he said. “Truth be told, we don’t know,” he said.

OF COURSE THEW AGW ALARMISTS BLAME RECEDING ICE DUE TO MAN-MADE CO2 WHICH IS CAUSING THE ENTIRE GLOBE TO HEAT UP AND MELT THE ICE CAPS AND WE'RE ALL GONNA DROWN!!!!!!!

OF COURSE... THE FACT THAT AGW ALARMISTS ARGUE THAT POLAR BEARS DECREASING NUMBERS AND INCREASING NUMBERS ARE BOTH THE RESULT OF MAN-MADE CO2 HEATING UP THE ENTIRE GLOBE REALLY PROVES ONE THING: AGW IN NOT FALSIFIABLE AND HENCE IT IS NOT RATIONAL.

WHICH MAKES CAP & TRADE THE BIGGEST MOST IDIOTIC FOLLY EVAH!

UNLESS YOU'RE A SOCIALIST, THEN YOU KNOW THAT IT'S REALLY JUST A TROJAN HORSE FOR SOCIALISM AND REALLY INTENDED TO SHACKLE INDUSTRY.

[AND THAT REMINDS ME OF ANOTHER THING:

Inside here are two interesting links. One to the official report the alarmists wrote to list the polar bear as endangered, when their own charts show that overall the populations are stable and healthy. More nonsense that we are trained to worry about!
http://nofreewind.blogspot.com/2009/06/polar-bear-populations-are-stable-and_08.html