DER SPIEGEL: HIZBALLAH ASSASSINATED HARIRI - and what that might portend for Nasrallah... 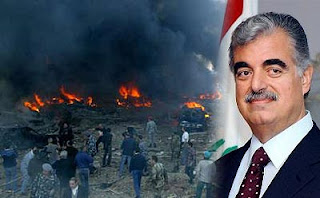 German weekly Der Spiegel reported on Saturday that the United Nations tribunal established to investigate his murder has found evidence suggesting that the Lebanese militia Hezbollah was behind the assassination. 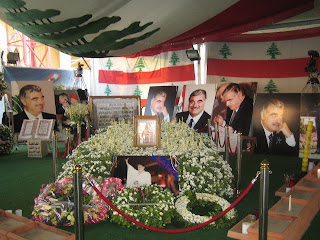 According to the magazine, which bases the report entirely on unnamed sources, Lebanese detectives monitored the telephone conversations of individuals who were in the vicinity when the former prime minister was assassinated in a Beirut bombing in 2005.

The magazine suggests that the detectives monitored the mobile phone signals of these people and followed them to the Hezbollah's "special forces" unit.

NASRALLAH OUGHT TO BE ASSASSINATED IN RETRIBUTION. 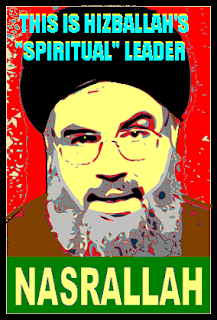 AND HE MIGHT BE - BUT NOT BY THE LEBANESE... BUT BY AGENTS OF THE ISRAELIS.

Hariri wAs the duly elected leader o Lebanon at the time he was murdered.

Nasrallah is a thug who leads Hizballah - as jihadist party which undermines democracy in Lebanon and peace in the region - and he also routinely threatens genocide.

THE WORLD WOULD BE A BETTER PLACE IF HE IS ASSASSINATED.
Posted by Reliapundit at 4:22 PM