IT SEEMS THAT PARTY ALLEGIANCE DETERMINED WHICH CHRYSLER DEALERS GOT CLOSED

THE ASTUTE BLOGGERS FIRST LINKED TO THE GOP ANGLE OF THE CHRSYLER DEALER ON LAST FRIDAY:

IF YOU DONATE TO THE GOP,
THEN THE FOLKS WHO NOW OWN AND RUN CHRYSLER -
THE CHICAGO MACHINE, THE UAW AND THE DEMS -
SHUT YOUR ASS DOWN. 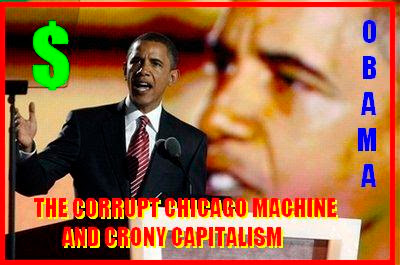 IT SEEMS IT WAS A CHRYSLER-KRISTALLNACHT - WITHOUT THE BROKEN GLASS!

FURHER INSPECTION BEARS OUT THIS ANGLE:

Doug Ross noticed that quite a few of the expropriated Chrysler dealers were GOP contributors.

Punditarian wasn't sure how significant that was; he expected most if not all car dealers to go GOP.

Punditarian went to open secrets dot org, and checked a few of the more unusual names.

Some were not listed as contributors.

Some mainly contributed to the National Auto Dealers Association.

ALL OF THE OTHERS HE FOUND CONTRIBUTED MAINLY TO DEMOCRAT CANDIDATES.

Here are SOME of the names:
THEREFORE CAR DEALERS PER SE ARE NOT ALL GOP.

Chrysler executives this week defended their decision to cut a quarter of its dealers and the process they used to determine which dealers should be eliminated. They said stores were evaluated on a number of factors, including sales, customer satisfaction, location and condition of the dealership.

... If Chrysler does not streamline its operations and complete the proposed sale of its good assets to the Italian automaker Fiat, “the stark reality is all 3,181 dealers will face elimination,” Steven J. Landry, the company’s vice president of North American sales and marketing, said in a statement.

“It was not an easy decision to ask the court to reject a portion of our dealer contracts, but the reality is Chrysler’s viability depends on a vibrant, profitable dealer network,” Mr. Landry said. “As presently configured, Chrysler’s dealer network does not meet that test.”

Mr. Landry also argued that the company was “treating the rejected dealers fairly by assisting in the redistribution of remaining vehicle and parts inventory, paying incentive and warranty payments due.” But many dealers disagree.

Chrysler is not buying back any inventory, including the vehicles and parts that dealers say they never wanted and bought only under pressure. And the entire process, which gives them only until June 9 to liquidate everything, is far from fair, they contend.

Donation of $500 to Friends Of Senator Carl Levin

That would be Senator Carl Levin - Democrat.

It seems the USA is now a fascist economy, where allegiance to the Party in power means everything.

Posted by Reliapundit at 6:58 PM

Want to loose car dealership or other job. Donate money to RNC or any opponent of Obama.

Next he start shipping people to Siberia or North Alaska work camp!