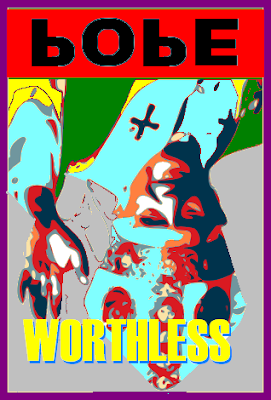 And where's the freakin' Pope?!
IT'S NOT JUST CATHOLIC TEACHING TO BE PRO-LIFE, MORE AMERICANS ARE PRO-LIFE THAN PRO-CHOICE.

And where's the freakin' Pope?!
A former U.S. ambassador to the Vatican has told the University of Notre Dame she will not accept the school’s top honor as planned because the school is giving President Barack Obama an honorary degree at next month’s commencement:

And where's the freakin' Pope?!

SO, WHY DID NOTRE DAME DECIDE TO GIVE OBAMA THIS RECOGNITION!?

SIMPLE: THE BOARD OF DIRECTORS OS MORE POLITICALLY CONNECTED TO THE CHICAGO MACHINE AND LIBERAL POLITICAL GROUPS THAN TO THE ROMAN CATHOLIC CHURCH.

And where's the freakin' Pope?!

I AM SAD TO HAVE TO REITERATE THE PLAIN TRUTH: BENEDICT IS USELESS. AND HE'S KILLING THE RC CHURCH.

Posted by Reliapundit at 7:13 PM

I think you should honor the traditions of the Catholic Church by inviting a pedofil to offer your commencement address, rather than an honest, moral, intelligent, decent leader who teaches one of the most important lessons a graduate can learn; that dialogue is more important that blanket agreement- that good people can have opposing ideas. Notre Dame students and alums should be ashamed of the hypocrisy and ignorance you are showing to the rest of the country.

1 - YOU ARE AN SICK ASSHOLE.
2 - I AM NOT CATHOLIC.
3 - BUT EVEN A PEDOFILE IS BETTER THAN A MAN WHO FAVORS INFANTICDE AND ABORTION ON A GENOCIDAL SCALE - AS OBAMA DOES. HE IS NOT HOINEST. HE IS NOT MORAL. HE IS NOT DECENT. HE ESPOUSES THINGS CONTRARY TO CATHOLIC TEACHINGS.
4 - YOU AMNY ARE A KNEE-JERK LIBERAL.

USE THE LINKS AMY - YOU WILL LEARN A LOT.

THAT IS NOT MORAL OR DCENT.