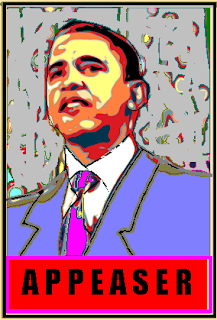 Pirates seized a U.S.-owned and Italian-flagged tugboat with 16 crew on Saturday in the latest hijacking in the busy Gulf of Aden waterway, a regional maritime group said.

Andrew Mwangura, of the Mombasa-based East African Seafarers' Assistance Programme, said the crew were believed to be unharmed on the tugboat, which he added was operated from the United Arab Emirates.

He said the tugboat was towing two barges at the time of capture but there were no details on their cargo.

"This incident shows the pirates are becoming more daring and violent," Mwangura told Reuters by phone.

NATO alliance officials on board the Portuguese warship NRB Corte-Real, which is patrolling the Gulf of Aden, said a distress call came from the MV Buccaneer tugboat but communications were lost six minutes later.

They said 10 of the tugboat's crew were Italian citizens.

Somali pirates have stepped up attacks in March after a lull at the start of 2009.

REPEAT: Somali pirates have stepped up attacks in March after a lull at the start of 2009.

THIS IS NO COINCIDENCE.
THE LONGER WE WAIT THE MORE EMBOLDENED ARE ALL OUR ENEMIES - AND THE LESS SAFE WE BECOME.
Posted by Reliapundit at 11:41 AM

Take them out like Jefferson did employing the Marines against the Barbary Pirates....

No pussyfooting, you are right, kill them, hunt them down, destroy their villages/towns....

But of course with Barry Hussein and Hildog in charge, don't hold your breath.

Tell me, do we stop shooting at the enemy, during wartime, when the enemy has taken some of our people prisoners?

Honestly, I can see no reason why we don't just blow these pirates out of the water every time they catch a ship, hostages or not.

This is fucking ridiculous.

How long do you think this shit would go on once we started that policy?

These pirates are certainly a part of the Global Jihad. They may not be directly linked to the Al Qaeda/Iran/Syria/Hizbollah/Hamas/Saudi/Pakistan Axis (though I believe they are), but they are doing what they are doing according to the dictates of the Krayon.