OBAMA MAY HAVE BEEN EXPOSED TO DEADLY SWINE FLU 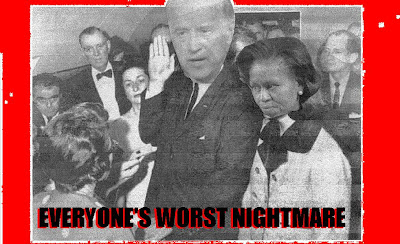 At least 20 deaths in Mexico from the disease are confirmed, Health Minister Jose Cordova said yesterday.

The strain is a variant of H1N1 swine influenza that has also sickened at least eight people in California and Texas.

As many as 68 deaths may be attributed to the virus in Mexico, and about 1,000 people in the Mexico City area are showing symptoms of the illness, Cordoba said.

The first case was seen in Mexico on April 13.

The outbreak coincided with the President Barack Obama’s trip to Mexico City on April 16. Obama was received at Mexico’s anthropology museum in Mexico City by Felipe Solis, a distinguished archeologist who died the following day from symptoms similar to flu, Reforma newspaper reported.

The newspaper didn’t confirm if Solis had swine flu or not.

I HOPE OBAMA HAS TAMIFLU...

THANKS FOR THE LINK GATEWAY, WHO HAS MORE!

FULL ROUND UP HERE.
Posted by Reliapundit at 7:08 PM

National Museum of Anthropology collect stuff about the aztecs and Mayans.

This might sound a little unbelivable, but could this have something to do with the 2012 predictions, and the Anti christ?

sounds like something in a movie. Could this be a mad man at work?

I've heard from a few different sources that there would be no vaccination for such a rare virus as the Swine Flu, I hope this isn't the case

IT'S TOO LATE FOR A VACCINE...

Hard to confirm my last comment but I'm researching.

A muslim with swine flu. Now that's something to HOPE for!