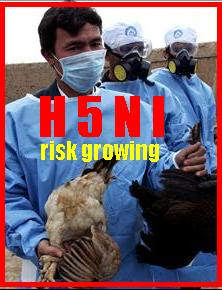 First the good news: bird flu is becoming less deadly. Now the bad: scientists fear that this is the very thing that could make the virus more able to cause a pandemic that would kill hundreds of millions of people.

This paradox – emerging from Egypt, the most recent epicentre of the disease – threatens to increase the disease's ability to spread from person to person by helping it achieve the crucial mutation in the virus which could turn it into the greatest plague to hit Britain since the Black Death. Last year the Government identified the bird-flu virus, codenamed H5N1, as the biggest threat facing the country – with the potential to kill up to 750,000 Britons.

The World Health Organisation is to back an investigation into a change in the pattern of the disease in Egypt, the most seriously affected country outside Asia. Although infections have been on the rise this year, with three more reported last week, they have almost all been in children under the age of three, while 12 months ago it was mainly adults and older children who were affected. And the infections have been much milder than usual; the disease normally kills more than half of those affected; all of the 11 Egyptians so far infected this year are still alive. 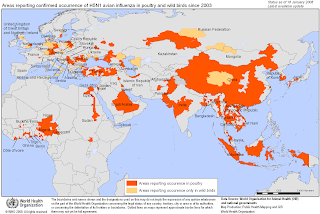 Experts say that these developments make it more likely that the virus will spread.

Ironically, its very virulence has provided an important safeguard.

It did not get much chance to infect other people when it killed its victims swiftly, but now it has much more of a chance to mutate and be passed on.