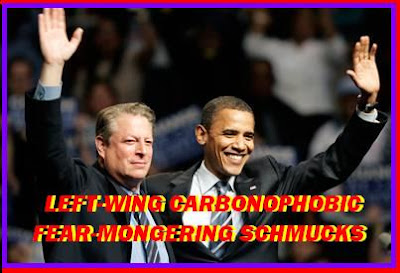 President Obama's climate plan could cost industry close to $2 trillion, nearly three times the White House's initial estimate of the so-called "cap-and-trade" legislation, according to Senate staffers who were briefed by the White House.

A top economic aide to Mr. Obama told a group of Senate staffers last month that the president's climate-change plan would surely raise more than the $646 billion over eight years the White House had estimated publicly, according to multiple a number of staffers who attended the briefing Feb. 26.

"We all looked at each other like, 'Wow, that's a big number,'" said a top Republican staffer who attended the meeting along with between 50 and 60 other Democratic and Republican congressional aides.

The plan seeks to reduce pollution by setting a limit on carbon emissions and allowing businesses and groups to buy allowances, although exact details have not been released.

At the meeting, Jason Furman, a top Obama staffer, estimated that the president's cap-and-trade program could cost up to three times as much as the administration's early estimate of $646 billion over eight years. A study of an earlier cap-and-trade bill co-sponsored by Mr. Obama when he was a senator estimated the cost could top $366 billion a year by 2015.

THAT'S $366 BILLION MORE/YEAR WE'RE ALL GONNA HAVE TO FORK OVER SO THE LEFT-WING FEAR-MONGERING AGW-CARBON FETISHISTS CAN FEEL GOOD.

BUT IT GETS WORSE: HOT AIR:

After provoking Mexico into a trade war, the Obama administration apparently has set its sights on the entire world. Steven Chu won a Nobel Prize for his work on energy, but shows himself as completely clueless on trade and diplomacy. Yesterday, Chu threatened to set off a global trade war over carbon tariffs:

Energy Secretary Steven Chu on Tuesday advocated adjusting trade duties as a “weapon” to protect U.S. manufacturing, just a day after one of China’s top climate envoys warned of a trade war if developed countries impose tariffs on carbon-intensive imports.

Mr. Chu, speaking before a House science panel, said establishing a carbon tariff would help “level the playing field” if other countries haven’t imposed greenhouse-gas-reduction mandates similar to the one President Barack Obama plans to implement over the next couple of years. It is the first time the Obama administration has made public its view on the issue.

OBAMA WILL DESTROY THE USA - IF WE LET HIM.

WE MUST STOP HIM.

CAN WE - HE HAS CONGRESS AND THE MSM?

Posted by Reliapundit at 7:35 PM

. . . What are you talking about, crazy right-wing man?