ANOTHER "CENTRIST" SEES THE LIGHT AND CALLS OBAMA WHAT HE'S ALWAYS BEEN: A LEFTIST RUINING THE ECONOMY 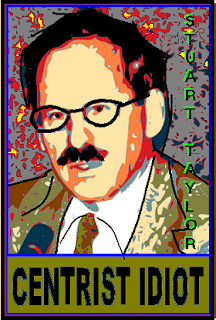 Centrists fear that the president's budget reveals his liberal leanings.

Having praised President Obama's job performance in two recent columns, it is with regret that I now worry that he may be deepening what looks more and more like a depression and may engineer so much spending, debt, and government control of the economy as to leave most Americans permanently less prosperous and less free.

Other Obama-admiring centrists have expressed similar concerns. Like them, I would like to be proved wrong. After all, if this president fails, who will revive our economy? And when? And what kind of America will our children inherit?

The house is burning down. It's no time to be watering the grass.

But with the nation already plunging deep into probably necessary debt to rescue the crippled financial system and stimulate the economy, Obama's proposals for many hundreds of billions in additional spending on universal health care, universal postsecondary education, a massive overhaul of the energy economy, and other liberal programs seem grandiose and unaffordable.

With little in the way of offsetting savings likely to materialize, the Obama agenda would probably generate trillion-dollar deficits with no end in sight, or send middle-class taxes soaring to record levels, or both.

All this from a man who told the nation last week that he doesn't "believe in bigger government" and who promised tax cuts for 95 percent of Americans.

TOO BAD HE'S ONLY WAKING UP, SEEING AND SAYING THIS NOW, BECAUSE OBAMA DIDN'T MAKE ANY LEFT TURNS.

PETER ROBINSON ON the disillusionment of the Obamacons. “The elite journalists, I repeat, got Obama wrong. The troglodytes got him right. As our national drama continues to unfold, bear that in mind.”

Posted by Reliapundit at 9:55 AM

Excuse me, but have I missed something? Has Colin Powell turned on Obama yet?

colin endorsed obama and is one of the reasons he won.

that's all i wrote.

i did not write that he's turned on obama - yet.