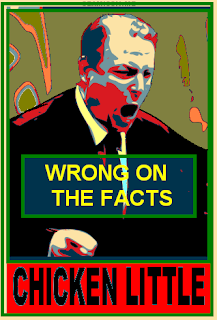 "The National Snow and Ice Data Center (NSIDC) has been at the forefront of predicting doom in the arctic as ice melts due to global warming.

In May, 2008 they went so far as to predict that the North Pole would be ice-free during the 2008 'melt season,' leading to a lively Slashdot discussion.

Today, however, they say that they have been the victims of 'sensor drift' that led to an underestimation of Arctic ice extent by as much as 500,000 square kilometers.

The problem was discovered after they received emails from puzzled readers, asking why obviously sea-ice-covered regions were showing up as ice-free, open ocean. 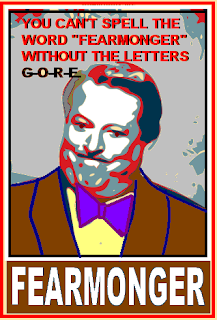 It turns out that the NSIDC relies on an older, less-reliable method of tracking sea ice extent called SSM/I that does not agree with a newer method called AMSR-E.

So why doesn't NSIDC use the newer AMSR-E data? 'We do not use AMSR-E data in our analysis because it is not consistent with our historical data.'

Turns out that the AMSR-E data only goes back to 2002, which is probably not long enough for the NSIDC to make sweeping conclusions about melting.

GORE AND HIS EVIL AGW-MINIONS LIKE KOMMISSAR BROWNER SHOULD BE FORCED TO PUBLICLY APOLOGIZE, RETRACT ALL THEIR FEARMONGERING AND EAT A GALLON OF FROZEN PENGUIN POOP.

OR FROZEN POLAR BEAR POOP, IF THEY PREFER. 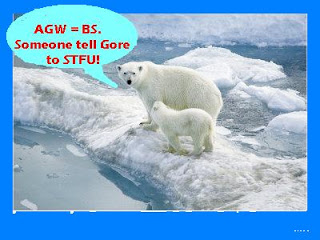 DESPITE THIS, OBAMA IS PRESSING FULL SPEED AHEAD WITH THE REGULATION OF NON-TOXIC GAS CO2.

(A STORY WE SCOOPED ALL THE BIGGIES ON. WE POSTED IT LAST NIGHT.

THE REST OF THE BLOGOSPHERE TODAY.)
Posted by Reliapundit at 6:02 PM

You didn't scoop anyone; you're reporting on a packaged-up release someone else wrote.

Besides if you look at the original notice by the NSIDC, and not a processed media release filled with spin, you'll see that the data was compromised for only the past span of one month. You'll also notice if you look at the actual data that multiple measurements using multiple sensors and multiple methods confirm the long-term trend.

the long term trend is FOR CLIMATE CHANGE:

cliamte has always changed over the long term, and it always will.

and man-made co2 doesn't correlate to any of it.

co2 and all man-made gases have steadily increrassed since 1740 but temps have not.

they haven't even in the last two decades.

wake up or stfu.

bias: co2 is causing the global climate to change.