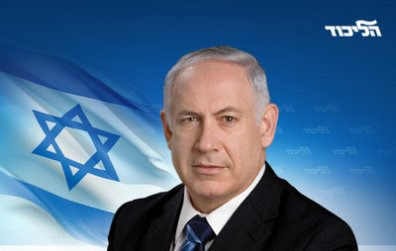 Isreali National News is reporting that Likud has offered Kadima a number of cabinet positions, in order to form of a government together:

The two parties comprise 55 Knesset seats, leaving the Likud the option of completing the government with religious and strongly nationalist parties or Israel Is Our Home (Yisrael Beiteinu).

The Jerusalem Post denotes that both Likud and Kadima insiders are privately conveying the accepted political reality that both parties, for historical reasons, will probably have to unite.

The DEBKA File asserts that Netanyahu proffered 10 portfolios to Livni, no rotating leadership and desires to incorporate Labor head Ehud Barak into his coalition.

On the Kadima front, however, Livni is pushing Avigdor Lieberman very hard to, at a modicum, sway him to recommend to Pres. Shimon Peres that she get a first shot to form a new administration.

Posted by Carlos Echevarria at 8:59 AM