INCREASING THE NUMBER OF SEATS IN THE HOUSE: THE ASTUTE BLOGGERS SCOOP THE HERITAGE FOUNDATION BY FOUR YEARS

THE SARCASTIC ROBERT ALT - OF THE HERITAGE FOUNDAT AT THE CORNER TODAY:

Since the Senate has now passed the bill to give DC a voting representative, I have a modest proposal for the House as it takes up the bill next week. Let's have even more representatives. After all, as long as Congress is using its authority under Article I, Section 8 to "exercise exclusive legislation" for the District of Columbia to add another member to the House, why stop there? That same section authorizes Congress "to exercise like Authority over all Places purchased by the Consent of the Legislature of the State in which the Same shall be, for the Erection of Forts, Magazines, dock-Yards, and other needful Buildings . . . "

If Article I, Section 2's requirement that the House be composed of Members chosen "by the People of the several States" isn't a problem for adding a House member for the District, then it shouldn't be a problem for military bases either. And let's face it, members of the military are chronically underrepresented given their transient status. The 2000 and 2008 elections both saw major problems with having military absentee ballots counted — a problem that would be more effectively addressed if bases had their own individual representatives. Let their voices be heard.

The House could seek to add representatives for big bases, like Ft. Hood in Texas, bases in the co-sponsor's home states, or just add one representative for every domestic base. If there are concerns that some portion of the base population already counts toward the now discredited theory of "State" representatives, then choose smaller bases, where the population wouldn't substantially effect the current composition.

Of course, someone might object that this is wrong — that Congress really can't just vote to add new representatives under this section of the Constitution; that this isn't what Article I, Section 8 means when it gives Congress the authority to exercise exclusive legislation; that clearly the other provisions of the Constitution regarding the composition of the House still apply, and you can't just ignore them. Of course, they would be correct, just as those arguments are correct when it comes to the question of illegally adding a representative for DC relying on that very same constitutional clause.

— Robert Alt is deputy director of the Center for Legal and Judicial Studies at The Heritage Foundation. 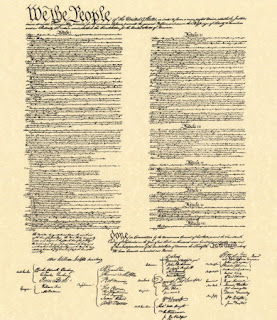 
[ER UM.... YES: THEY'RE MOSTLY RED STATES.... AND GEE: I WONDER WHY!? COULD IT BE THAT BLUE POLICIES OF HIGH TAXES AND LOW STANDARDS HAS CREATED HIGH CRIME/LOW PROFIT COUNTIES?! YES.]
Posted by Reliapundit at 6:44 PM