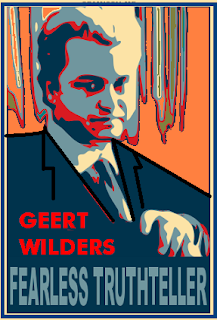 Dutch MP Geert Wilders is "seriously considering" taking steps to sue Jacqui Smith over her decision to ban the controversial film-maker from the UK.

The legal action would have the backing of the Dutch Government, in a move which could aggravate the diplomatic row over the ban between London and Amsterdam.

Mr Wilders said he was looking to take legal action against the Home Secretary for "blatant discrimination" in the High Court or International Court in the Hague.

The Dutch Politician and film maker was sent back to Holland on Thursday night after trying to enter Britain to show his anti Muslim film Fitna in the House of Lords.

Mr Wilders had been invited to Westminster by Ukip peer Lord Pearson to show is 17 minute film Fitna, which criticise the Koran as a "facist book".

Mr Wilders is being encouraged to sue the Government by Maxime Verhagen, the Dutch foreign minister who is still furious with the Home Office's decision.

He said he would back Wilders in a possible decision to bring a case against the British Government's "disgraceful decision".

Mr Verhagen said: "Everybody, but especially a Parliamentarian from an European Union member country, has the right to freedom of speech."

In the film Mr Wilders, whose Freedom Party holds nine of the 120 seats in the Dutch Parliament made the film Fitna, juxtaposes images of the Koran with footage of the 9/11 twin tours attacks and other terrorist atrocities.

THE FILM HAS NO COMMENTARY; ITS NARRATION IS COMPRISED STRICTLY OF QUOTES THE KORAN AS IT SHOWS SEVERAL JIHADIST ATROCITIES WHICH ARE IN HARMONY WITH THE KORAN.BUT - AS PAMELA GELLER DISCOVERED - THE STORY ACTUALLY GETS WORSE AND MORE INSANE AND INFURIATING:
UNBEF**KINGLIEVABLE! SEE IT FOR YOURSELF:

CRITICIZING THINGS THEY'VE NEVER SEEN IS TYPICAL LEFTIST BULLSHIT:
THIS IS WHY I HAVE LONG ARGUED THAT WE WILL NEVER DEFEAT THE JIHADISTS UNTIL WE DEFEAT THE LEFTISTS.

KNOWINGLY OR NOT, THE LEFT IS THE FIFTH COLUMN FOR THE JIHADISTS.
Posted by Reliapundit at 5:42 PM

David Milliband is a Jew. Both of his parents were refugees from the Holocaust. His father, Ralph Milliband, was a prominent Marxist and a vitriolic anti-American propagandist. In David Milliband's actions against Geert Wilders we see the fruition of deracinated intellectuals who have turned against the only society and the only tradition in which they could ever live.