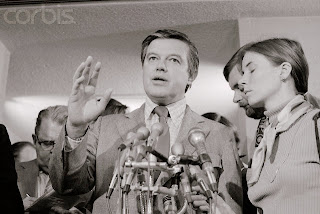 The Church Committee destroyed the CIA's operations division for... well, forever. Let's see if we can't hit that mark again.

The 'fact-finding' effort will seek details on secret prisons and interrogation methods -- but will not aim to determine if CIA officials broke laws, legislative sources say.

Reporting from Washington - The Senate Intelligence Committee is preparing to launch an investigation of the CIA's detention and interrogation programs under President George W. Bush, setting the stage for a sweeping examination of some of most secretive and controversial operations in recent agency history.

The inquiry is aimed at uncovering new information on the origins of the programs as well as scrutinizing how they were executed -- including the conditions at clandestine CIA prison sites and the interrogation regimens used to break Al Qaeda suspects, according to Senate aides familiar with the investigation plans.

Officials said the inquiry was not designed to determine whether CIA officials broke laws. "The purpose here is to do fact-finding in order to learn lessons from the programs and see if there are recommendations to be made for detention and interrogations in the future," said a senior Senate aide, who like others described the plan on condition of anonymity because it had not been made public. 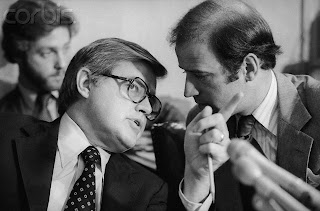 HERE'S PHOTOGRAPHIC EVIDENCE THAT THE FOLKS WHO RUINED OUR CIA BEFORE ARE THE SAME ONES WHO WANT TO DO IT AGAIN:

Church Committee Redux indeed, so they can furhter eviscerated the intelligence community.

Remember when they found new love for the CIA with Valeria Plame when it served their purposes to go after Cheney????