AFTER HIS COMMENTS SEND DOW PLUNGING, DODD PICKS UP HIS FIRST CHALLENGER FOR 2010 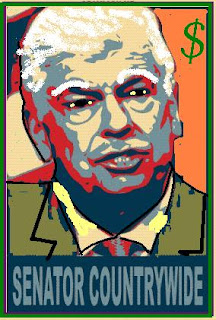 Sen. Christopher J. Dodd sent the already reeling shares of major U.S. banks to nearly two-decade lows Friday after he said that short-term nationalization of some large banks might become necessary to lift them out of a mire of bad loans. Dodd, chairman of the Senate banking committee, was just one of several prominent officials who have raised the possibility of a bank takeover in recent days. Stocks in major banks such as Bank of America had been beaten down and continued to trade lower when the markets opened Friday, as fears of nationalization hovered.

State Sen. Sam Caligiuri - the former mayor of Waterbury - is considering a run against Democrat Christopher Dodd for the U.S. Senate in 2010. The web site of Caligiuri's hometown paper, The Republican-American, reported on Friday that he is thinking about challenging the longtime incumbent. "I am strongly leaning toward running, but I haven't made a final decision," Caligiuri told the paper's Capitol correspondent, Paul Hughes. But when Dodd mentioned the word and joined the growing debate, bank stocks — and with them, the entire market — took a midday plunge before partly bouncing back.

DODD DESERVES TO LOSE HIS SEAT AND GO TO JAIL - FOR SERVING COUNTRYWIDE AND FANNIE MAE AND NOT HIS CONSTITUENTS.
Posted by Reliapundit at 6:02 PM