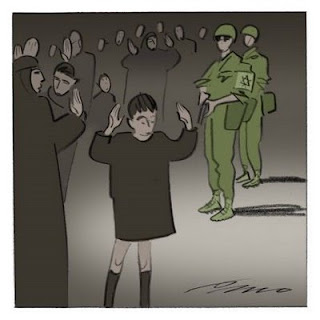 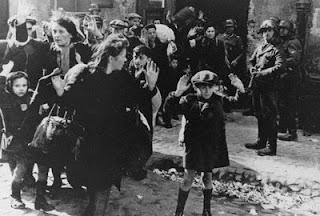 Reliapundit beat me to the punch when he drew attention to the inherent contradiction among jew-hating holocaust deniers who also accuse the IDF of behaving like Nazi's during the recent military actions in Gaza. This faulty thinking is also pervasive in the leftwing press and not limited to the extreme achmedijadic-fringe. Politiken, which published the horrendous cartoon above, would certainly claim they are not Holocaust deniers. The fact that they could make the analogy inherent in this cartoon is proof that they are ignorant of the scope of the Holocaust.
This kind of "thinking" is pervasive and in no way limited to the Mideast. Take for example the thousands who blame 1 person, President George Walker Bush, for almost all the ills we now face. Is it any suprise these very same people also believe 1 person, President Barack Hussein Obama will be their saviour???
Posted by northern seer at 6:06 AM