WHAT IF BUSH HAD NUKED TORA BORA?

I have believed from the start that Bush should have nuked Tora Bora in 2001. The GWOT would have ended right then and there. It would have sent the right message: Don't Tread On Me! 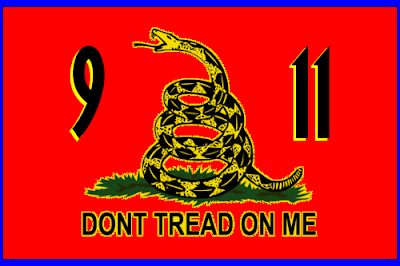 Instead Bush has has the USA wage a war with one hand behind our back, a war of half-assery. That's why I have long said that "Dubya stands for wimp " and that I would have never voted for him again except if he ran against any Democrat.

Nuking Tora Bora with a few small tactical nukes would have killed the entire al Qaeda leadership and warned everyone - terrorists and the nations which aid or harbor them - that they shouldn't fuck with us. Had Dubya done this the Bush Doctrine ("you're either with us or against us") would've has some teeth - and some positive effect. Now it's too late; what we could've done then in righteous reprisal can not be done now. Not until we are attacked here in the USA again.

MY BOTTOM-LINE: The real asymmetry in the GWOT is this: the enemy is willing to do anything to win and we are not.

Nukes were on Vanderluen's mind they other day; here's what he posted, GVDL:

I think we need to have the people of the world focus like a laser on the table stakes of going beyond these little patty-cake wars we are currently diddling around with and look, really look, at what can actually happen with one little slip.

What we need to do this is: "The Live Demo." By this I mean we need to find a small island or deserted space somewhere on the planet and sacrifice it for the greater good by setting off one, just one, low-yield thermonuclear device in the atmosphere for all the world to see.

Think of "The Live Demo" as a remedial educational moment for the entire world; a kind of slap upside the head coupled with a large shout out of: "PAY ATTENTION!"

I THINK THIS WOULD ACCOMPLISH NOTHING.
HOW SAD... THERE WILL BE MUCH SUFFERING DUE TO OBAMA'S ANTI-DEFENSE PRO-APPEASEMENT OUTLOOK.

[BTW: TRUMAN'S USE OF THE BOMB WAS NECESSARY, PROPER AND HUMANE - SAVING PERHAPS 20 MILLION JAPANESE LIVES. MORE HERE.]
Posted by Reliapundit at 8:54 PM

I have believed from the start that Bush should have nuked Tora Bora in 2001. The GWOT would have ended right then and there.