When Carter "spread the wealth"


Check out the tax rates when Jimmy Earl Carter served as "president" in '78. 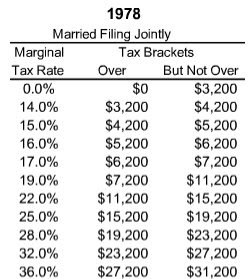 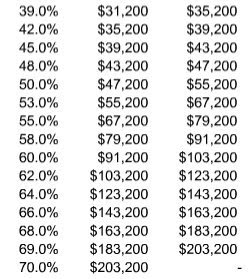 That's right. Carter's tax rates "spread the wealth" by confiscating 70% of any earnings over $203K. Seventy percent! That motivates a lot of folks to demand cash, hide income, cheat, operate in the black-market and/or not bother to work any harder. Even if you earned only $47K, Carter wanted half. Half!.

As for the results? In 1980 Time magazine put it this way.

...inflation is not only a frightening economic problem but is rapidly becoming Carter's most dangerous political liability as well... In the past few weeks, however, a new side of inflationary psychology has begun to show itself among businessmen and investors: plain, old-fashioned fear. Executives talk of inflation rates going to 20% or more in the next few months, creating an environment in which reasonable planning is impossible. The jitters have unhinged the investment markets. As recently as mid-February, stocks were widely considered a hedge against inflation and thought to be grossly undervalued. The Dow Jones industrial average hit a high of 904 on Feb. 13. But since then it has tumbled 92 points, to 812; nine points of the decline came last week. The average is now lower than it was 16 years ago.

Sound familiar? Maybe there's validity to the contention that the recent stock market turmoil can be termed an "Obama Panic". That is, investors anticipate a disastrous set of Carter-esque policies that send the economy into a tailspin and respond accordingly.

What were the results of Carter's "wealth-spreading" policies? 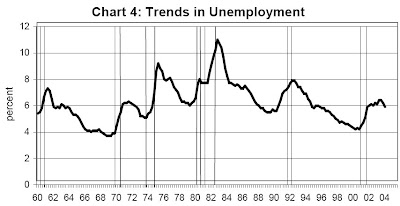 The history is clear: oppressive tax rates for the "rich" (really, just businesspeople small and large) is disastrous for employment and wounds the economy.

Starting to get the picture? Really feel like experiencing an eighties-style economic disaster? Then I urge you to vote for Barack Obama.

Posted by directorblue at 11:07 AM

Please go to www.garybaumgarten.com and click on the Join The Show button to participate. There is no charge.