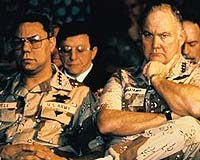 I just watched him live on TV: Powell endorsed Obama. 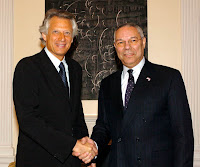 He said some very strange things after his endorsement - strange for anyone WHO WOULD THEN endorse Obama:


YES: FOR POWELL TO ENDORSE OBAMA DESPITE THESE DIFFERENCES IS ONE OF THE MOST INCREDIBLE NON-SEQUITORS OF ALL TIME.

IT REALLY PROVES POWELL IS - LIKE NEARLY EVERY SINGLE BLACK - VOTING FOR OBAMA JUST BECAUSE OF HIS PIGMENTATION.

Proving that Powell is a racist - as well as still a big fat jerk.

And proving that Powell has become a man of no consequence.

*******THERE'S ANOTHER REASON POWELL DID THIS: TO "REHABILITATE" HIS IMAGE:

*******NOW, THE MAN THE LEFT - AND REVEREND JEREMIAH WRIGHT - HAVE VILIFIED AS A "HOUSE NIGGER" WILL BE "FORGIVEN" AND SOME STATURE "RESTORED", AT LEAST IN HIS OWN EYES AND THE EYES OF THE LEFT-WING DOMINATED MSM.


HE WILL NO LONGER BE REMEMBERED BY THE LEFT AS BEING IN THE SAME GROUP OF CONSERVATIVE BLACKS WITH THE GREAT CONDOLEEZA RICE AND JUSTICE CLARENCE THOMAS; (SEE 1:15 IN ABOVE VIDEO).

SURPRISE: I AGREE - HE SHOULDN'T BE: GOOD RIDDANCE.

Obama's plan would give tax receipts to people who pay no taxes; Obama ADMITTED this to JOE THE PLUMBER and Obama - REPEAT OBAMA - said this was in order to "SPREAD THE WEALTH"; this is REDISTRIBUTIONIST WELFARE and is THIS IS SOCIALISM.

Powell is wrong about taxes and socialism.

DON'T YOU IGNORE IT. DON'T BE A DUPE.

*******UPDATE: HERE'S VIDEO OF ANOTHER ONE-TIME HAWK DOING IRRATIONAL AND AMORAL BACK-FLIPS TO GET ON THE OBAMA BANDWAGON.

Posted by Reliapundit at 9:40 AM

The man swallows what he has spat. No principle that is what I see in him.

This election is not about policy, it's about brand.

Very disappointed indeed. Powell has no principle, in him there is no truth.

Is There anyone outthere who can help McCain

It looks like we have lost the fair media reporting. The Obama lover media keep trashing John McCain, and there is nobody is republican party is coming out to defend John MeCain. I had deepest respect for Senator Chuck Hagel but he is also disappeared. Isn't Obama always criticize Busg foreign policy, and not he is gladly accepting Colin Powel the creator of Iraq War. Good flip floping job Obama. Sen. McCain keep fighting and you will prevail. Libreal Media "SHAME ON YOU ALL".

you both make GREAT points. thanks for sharing.