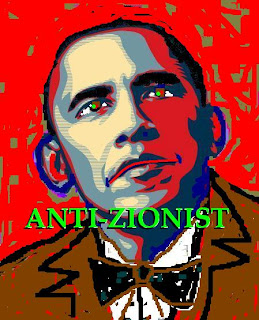 PREPARE for a new America: That's the message that the Rev. Jesse Jackson conveyed to participants in the first World Policy Forum, held at this French lakeside resort last week.

He promised "fundamental changes" in US foreign policy - saying America must "heal wounds" it has caused to other nations, revive its alliances and apologize for the "arrogance of the Bush administration."

The most important change would occur in the Middle East, where "decades of putting Israel's interests first" would end.

Jackson believes that, although "Zionists who have controlled American policy for decades" remain strong, they'll lose a great deal of their clout when Barack Obama enters the White House.

"Obama is about change," Jackson told me in a wide-ranging conversation. "And the change that Obama promises is not limited to what we do in America itself. It is a change of the way America looks at the world and its place in it."

... Jackson is especially critical of President Bush's approach to the Israel-Palestine conflict.

"Bush was so afraid of a snafu and of upsetting Israel that he gave the whole thing a miss," Jackson says. "Barack will change that," because, as long as the Palestinians haven't seen justice, the Middle East will "remain a source of danger to us all."

"Barack is determined to repair our relations with the world of Islam and Muslims," Jackson says.

Posted by Reliapundit at 6:42 PM

and a traitor to our Country

OBAMA IS A TRAITOR TO THE USA, AND A VOE FOR HIM IS A VOTE AGAINST THE USA.

I WAS FOCUSING THIS POST ON MY FELLOW JEWS WHO SEEM TO THINK VOTING DEMOCRAT IS PART OF THE TORAH!

THIS DOESN'T MATTER HERE IN NYC, BUT IT COULD MEAN WINNING OR LOSING FLORIDA.

JEWS - ESPECIALLY JEWS IN FLORIDA -WHO VOTE FOR OBAMA ARE TRAITORS TO THEIR FAITH AND THEIR NATION.

HE WILL SCREW ISRAEL AND HELP THE ARABS.

This is all I have to say. We can end it here. I have expressed my concerns about Obama's relationships with you on more than one occasion. This whole little back and forth with you was never about trying to convince you to vote for Obama. Just the opposite. I'd rather you not vote at all. My point was along that YOU weren't looking at both sides of the coin. You were the one who started the Obama is this and Obama is that on the blogs. It all started with whether Palin's experience was greater than Obama's. I wrote a blog explaining that there is really no experience that could prepare you for President and that they were essentially equal in terms of their experiences. You applauded my arguments and thus began our tenuous relationship. I do not defend Obama. I point out the hypocrisy in all the McCain followers viewpoints. They are the ones who are blinded by race. They don't care that McCain's baggage is worse than Obama's in certain circumstances if not the worse. Ayers is not a Bin Laden terrorist. He's not even a Timothy McVeigh type of terrorist. His protest of an unpopular war allowed him to take extreme measures to prove a point about wasting what he believed were innocent lives in a war this country never should have intervened in. He never intended to kill anyone. The only lives lost in the weathermen bombings came at the expense of the weathermen themselves. They blew themselves up. Not intentionally like the suicide bombers in the Middle east. But accidentally. Ayers turned himself in. No true terrorist does that. Terrorist target and kill innocent people. That is a clear line between Ayers and what America has come to know as terrorists. Mrs. Annenburg funded Ayers (gave him 50 million dollars for his causes, the same causes that ties Obama to Ayers)and just last month endorsed McCain's Presidential Campaign. Under the Patriot Act Mrs. Annenburg could be detained and stripped of her citizenship for giving money to an "ALLEGED" known terrorist as such as Ayers. McCain never denounced Mrs. Annenburg's endorsement of him and I am sure she likely contributed to his campaign. Her and McCain are likely close friends being Conservative Republicans. What about this relationship? I can see the Headlines "McCain seeks and gets endorsement from Political figure known to fund terrorists"!!! Give me a break please!!! Or as this link will show you, "McCain selects AIP member to be his Vice President"!!! Palin was a member of the Alaskan Independence Party. A party that hates the American Government. A Party she still supports the activities of and proved so this year. http://www.youtube.com/watch?v=twOPPzrkBwk Watch the whole thing please. This is no different than what Jeremiah Wright is accused of. The only difference is Mr. Wright will not be V.P. or potentially the President should Obama win the election. "Known criminals". First off, McCain vacationed with a known criminal Mr. Keating who did more that 1,000,000 times the damage Rezco did in defrauding Americans. The difference, Obama did not try to come to Mr. Rezco's rescue like McCain did causing himself shame and embarrassment and public censure. I just feel like Republican supporters would like to have it both ways. Let's talk about his negatives and ignore our own. Obama is above the attacks though. He is focused on issues. I am glad you took off your veil. Maybe, now you can make a decision based on the issues as opposed to hate. I want to apologize for all the slander. But you have always led the charge with that. I just felt unlike Obama that I had to defend myself sometimes. I am glad you will be able to see through the lies for now on. Especially, the one Sarah Palin is boldly stating right now. "I was cleared of any ethical violations"!!! She's a bold face liar to all of our faces. You could spin all the other things she's ever said. But this is insulting. She is lying through her teeth to the American public and she may be the next V.P. or President of this country. I wish you the best. But there comes a time when enough is enough.