Obama, When Will These Documents Be Available? 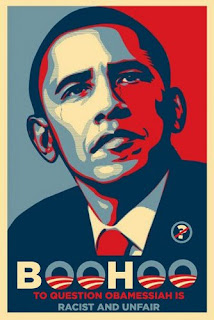 Barack Obama is everywhere like a celebrity doing the rounds promoting his latest movie. But, at the same time, he is a stealth candidate. We don't really know that much about him other than what we can see.

What about his history?

What they ("the lost years") portray is a Barack Obama sharply at variance with the image of the post-racial, post-ideological, bipartisan, culture-war-shunning politician familiar from current media coverage and purveyed by the Obama campaign.

At his core, in other words, the politician chronicled here is profoundly race-conscious, exceedingly liberal, free-spending even in the face of looming state budget deficits, and partisan.

Elected president, this man would presumably shift the country sharply to the left on all the key issues of the day-culture-war issues included. It’s no wonder Obama has passed over his Springfield years in relative silence.