KRAUTHAMMER: The gas tax holiday was hokey and cheap, and this is hokier and cheaper, because to take from the Strategic Petroleum Reserve is to jeopardize our national security. It really is for supply interruption, which would be a catastrophe for our country. 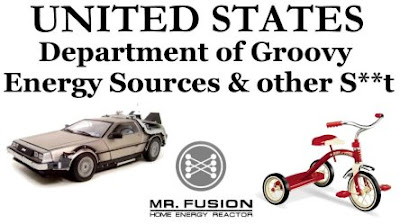 To take stuff out is going to have negligible effect on price, it will have an effect for a day or two. The amount he wants to take out is about a week's worth of imports. It's absurd.

And if you wanted to remove from the Strategic Petroleum Reserve, at least you should be in favor of drilling so that, domestically, in a few years, we will have essentially new strategic reserves in the Arctic or offshore, which would substitute for draining the reserves we currently have.

So his position is contradictory, cheap, and political.

And the stuff he said only a week ago in Missouri on Wednesday of last week, if we only inflated our tires it would substitute for all the oil that the Republicans want to drill for is a towering absurdity.

The amount we would save in our tires generously calculated is about 1/200 of what you get from offshore oil alone, and the amount of oil shale is in the West would give us 10,000 years worth of the gasoline saved by inflating our tires.

The problem with the Democratic position is they always say 'let's do x' instead of drilling. What the American people understand is you do x, y, and z, and everything.

But the reason not to drill is untenable. You drill as well, and that will help us as well...

...BAIER: So inflate your tires.

KRAUTHAMMER: It is not even a tenth of a hundredth of the solution.

If that much.
Posted by directorblue at 6:24 AM

Maybe McCain will end up being the "change" candidate in this election. McCain is leading the way to change our 20 year old policy of no drilling/no new nuclear energy. Obama is turning out out be the status quo guy on those issues.

Another issue that McCain can frame as change is the revolutionary idea of cutting government spending, as opposed to more taxes (Obama) and more borrowing (much of the Republican establishment). Additionaly he could and should frame it as the federal gov't setting an example for state and local governments to likewise cut spending.

Looks to me as if McCain is winning on the energy issue right now. And the high costs of energy affect every household in America, too.