THE SLEEZY CHICAGO MACHNE - WHICH GAVE US OBAMA - TAKES OVER DNC 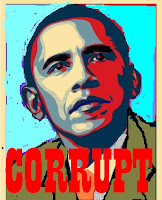 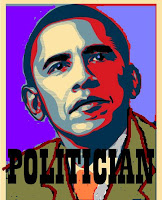 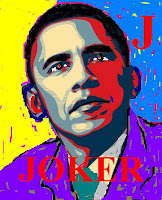 In a major shakeup at the Democratic National Committee -- and a departure from tradition -- large parts of the committee's operations are relocating to Chicago to be fully integrated with the Obama campaign. 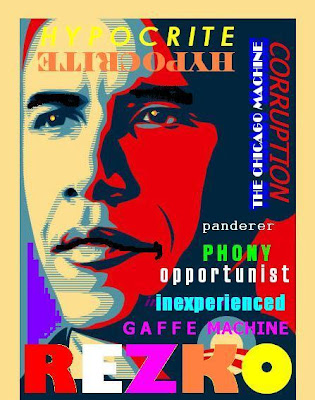 The DNC's political department, housed in Washington, D.C., will be dramatically rebuilt, with staffers offered a choice of moving to Chicago, joining state operations, or staying in Washington, DNC spokeswoman Karen Finney said.

But the power will clearly be shifting to a centralized Chicago hub.

THE MACHINE MOVES IN...

MORE ON THIS NEWS HERE - AT MEMEORANDUM.

MORE ON THE SLIMEY CHICAGO MACHINE - AND OBAMA'S HISTORY WITH IT - HERE.
Posted by Reliapundit at 6:06 PM

The machine has already gotten a lot out of Obama's campaign. A bloated payroll, the diversion of all kinds of money, and now the capture of the DNC. They are truly doing it "the Chicago way."

If Obama can stay pretty clean, do some good things as Senator, and then become Governor of IL, he could be unstoppable in 2012 or 2016. Scary stuff.

I would dearly love to see a Jewish, African-American woman as POTUS. It's not race or gender that makes it for me though. It's political beliefs that matter, and socialism is bad for everybody, (accept those high in government or high-level academia) especially poor people, of all races. Obama is a dyed-in-the-wool Marxist, no thanks.

His 'Change', 'Hope' and 'Progress' mantras are actually somewhat self-mocking. Making your own Obama posters is totally addicting.
I laughed so hard I almost had a breakdown. LOL!

:)
.
absurd thought -
God of the Universe says
befriend a bomber

pushing for change at all costs
sacrifices must be made

.
absurd thought -
God of the Universe says
only feel and hope

please force people to change
change can only be good