Worst. President. Of all time. In a landslide.

This article says it all. 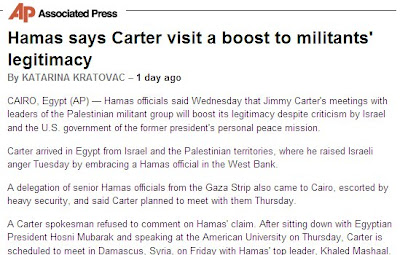 It puts a cherry on the top of a career that includes a horrific record as president: the human rights disasters occasioned by his failed policies in Iran and Nicaragua. The fall of the Shah and the rise of the Mullahs in Iran -- directly attributable to Carter - provided the central bastion for Islamofascism leading up to 9/11. His failure to support the Shah also emboldened the Soviets, who rolled into Afghanistan in 1979, correctly figuring that Carter would do nothing but bloviate using a whiny drawl. 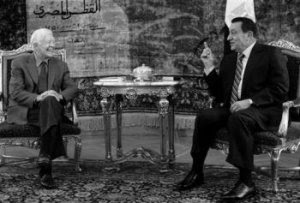 Update: SC&A: Jimmy Carter, a fool on a fool's errand (via Larwyn)
Posted by directorblue at 7:56 PM

Ya know, I have to admit, Carter really IS the worst of the worst, and now he's an irrelevant old fool...