SEVEN YEARS AGO THE TALIBAN BEGAN DESTROYING THE BUDDHAS OF BAMIYAN 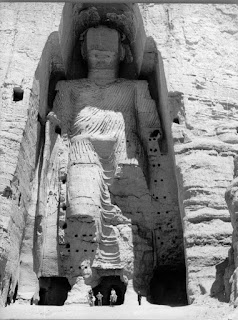 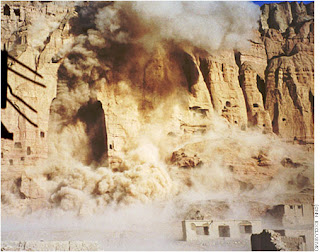 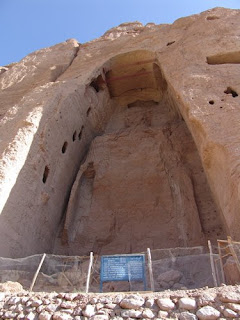 The statues were destroyed by dynamite over several weeks, starting in early March, carried out in different stages.

Initially, the statues were fired at for several days using anti-aircraft guns and artillery. This damaged them but did not obliterate them.

Then the Taliban placed anti-tank mines at the bottom of the niches, so that when chunks of rock broke off from artillery fire, the statues would fall and be blown up again.

In the end, the Taliban tied ropes around some local Hazara men, lowered them down the cliff face, and forced them to place explosives into holes in the Buddhas.[9]

On March 6, 2001 The Times quoted Mullah Mohammed Omar as stating, "Muslims should be proud of smashing idols. It has given praise to God that we have destroyed them."

He had clearly changed his position from being in favor of the statues to being against them.

During a March 13 interview for Japan's Mainichi Shimbun, Afghan Foreign Minister Wakil Ahmad Mutawakel stated that the destruction was anything but a retaliation against the international community for economic sanctions:

"We are destroying the Buddha statues in accordance with Islamic law and it is purely a religious issue".

WHEN CONFRONTING THE EVIL PEOPLE AND EVIL IDEOLOGY WHICH CARRIED OUT THESE DASTARDLY ACTS, WE HAVE TWO CHOICES:

THE CHOICE IS OURS.