Voter ID and the breathtaking hypocrisy of the Democrat Party

Democrats have argued for years that requiring IDs of voters is onerous, disenfranchises the elderly poor, and causes smoking.

Opponents of [voter ID] laws, including Democrats and the AARP, say the measures would suppress voter turnout among the elderly, poor and minorities who are less likely to have government-issued photo IDs... "It's another hurdle in the way of voters," said Neil Bradley of the Voting Rights Project at the American Civil Liberties Union.

Of course, the Democrat Party position on voter ID hinges on the situation. 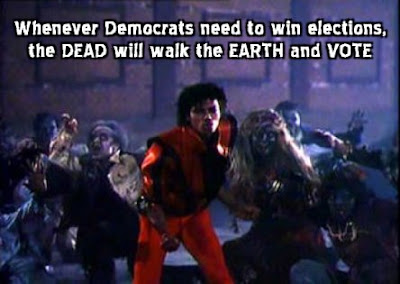 Democrats ignore that it was only last week they argued before the Supreme Court that an Indiana law requiring voters show ID at the polls would reduce voter turnout and disenfranchise minorities. Nevada allies of Hillary Clinton have just sued to shut down several caucus sites inside casinos along the Las Vegas Strip, potentially disenfranchising thousands of Hispanic or black shift workers who couldn't otherwise attend the 11:30 a.m. caucus this coming Saturday

D. Taylor, the president of the Culinary Workers Union that represents many casino workers, notes that legal complaint was filed just two days after his union endorsed Barack Obama. He says the state teachers union, most of whose leadership backs Mrs. Clinton, realized that the Culinary union would be able to use the casino caucuses to better exercise its clout on behalf of Mr. Obama, and used a law firm with Clinton ties to file the suit.

...Democrats will also be asking for identification at caucus sites...

We need a new word that means "egregious hypocrite." Or perhaps the term we should use is simply "Democrat."

Put simply, the only thing voter ID deters is fraud. Without identification, a person cannot apply for welfare, can't drive, can't fly, can't hold a job, can't have a bank account, can't apply for either social security, Medicare or Medicaid, and can't apply for food stamps or WIC.

So much for hurting the "elderly, poor and minorities."
Posted by directorblue at 8:31 PM