THE NYTIMES RIDICULES FORMER ATHEIST WHO FOUND GOD - AND OF COURSE THEY DO IT JUST IN TIME FOR CHRISTMAS ... 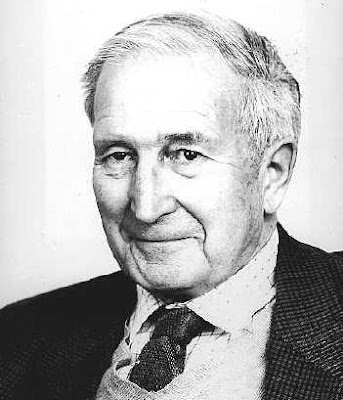 In 2001, rumors started to hit the blogosphere that Antony Flew, a British philosopher born in 1923 [AND ONE OF THE MOST IMPORTANT AND INFLUENTIAL ATHEISTS IN THE WORLD], had found God after six decades of atheism.

At first Flew denied the reports. But in May 2004 he told a conference in New York that he had indeed changed his mind and become a believer. A flurry of online pundits debated the meaning of this shocking conversion.

...It is unclear whether Flew has lost the desire to reason effectively or whether he no longer cares what is published in his name.

Either way, it seems that this lost sheep remains rather lost. 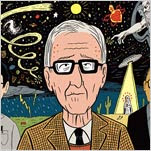 
DEPICTING THE MAN WHO WAS, UP UNTIL HIS CONVERSION, THE MOST IMPORTANT ATHEIST IN THE WORLD IN FRONT OF UFO'S AND THE LIKE!

THEY ARE TOTALLY WRONG: THE GRAMSCIANS ARE THE ONES WHO ARE TRULY LOST, FLAILING IN A NIHILISTIC WORLD OF THEIR OWN MAKING. NOT GOD'S.
Posted by Reliapundit at 10:24 AM

Methinks ye doth protest too much. Why take such great offense and cast so many aspersions? The "shallow attack" of which you speak largely consists of suggesting, for explained reasons, that the book was more the doing of others, than of Flew, and noting that, in any event, Flew's conclusions about an "infinite Intelligence" hardly amount to belief in a personal god ala Christianity.

ACTUALLY IT IS SHALLOW: A SMALL COLUMN.

LAST MONTH THE NYTIMES DID SEVERAL PAGES IN ITS MAGAZINE.

"IT'S CHRISTMASTIME: MUSTN'T LET THOSE IDIOTIC BELIEVERS HAVE A MOMENT OF PEACE."

THOSE WHO CALM THE BOOK DOESN'T REFLECT FLEW ARE LYING TO THEMSELVES: ABOUT THE REASON GOD EXISTS NOT FOR THEM, AND ABOUT THE BOOK.

YO ATHEISTS: GOD EXISTS WHETHER YOU BELIEVE IN HIM OR NOT.