PROOF RUDY MADE A HUGE DIFFERENCE 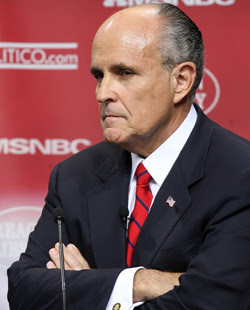 FROM TODAY'S NYTIMES, PROOF THAT IT WAS RUDY, AND NOT NATIONAL TRENDS OR FEDERAL LEGISLATION:

PHILADELPHIA — The day after Michael Nutter won a landslide victory to become this city’s next mayor, he put on a charcoal gray suit and drove to his first public event: the funeral of a police officer shot in a brazen daytime robbery.

Two nights before he announced his choice for police commissioner, two more officers were shot and wounded. When Mr. Nutter takes office on Jan. 7, he will face a crime wave that has left at least 355 people dead so far this year and that gave Philadelphia the highest homicide rate of any big city in the country last year, with 406 killings — more than even New York City, which has six times the population.

Crime is clearly the biggest challenge facing the new mayor. It is also the reason for his surprise victory.


WE COULD USE A PRESIDENT THAT TOUGH!
Posted by Reliapundit at 1:01 AM